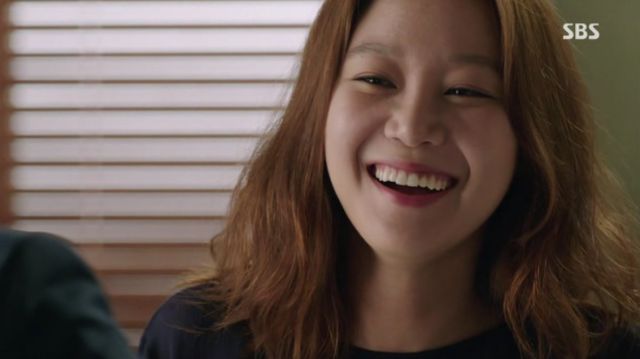 "Master's Sun" continues to improve. The ghosts are becoming more interesting even though the way they involve themselves with Gong-shil is contrived. But the heart of the story lies with Gong-shil, Joong-won, Kang Woo and even airheaded Yi-ryeong who are developing into wonderful, zany, heartwarming characters.

Gong-shil is a constant source of amusement because she is always flirting with Joong-won and Kang Woo, but her intentions with each man are completely different. She physically needs Joong-won to live. Being with him allows her the most basic of human necessities: sleep. Touching him, a handsome man, is not a sexual advance, which makes the interactions between the two hysterical. Her incredible desire to be rid of the ghosts makes her very handsy with Joong-won. What makes the Hong sisters so clever is that although Gong-shil doesn't (currently) want to date Joong-won, she allows herself to enjoy the close proximity to an attractive man. It makes for a lot of fun word play and zippy scenes between the pair. 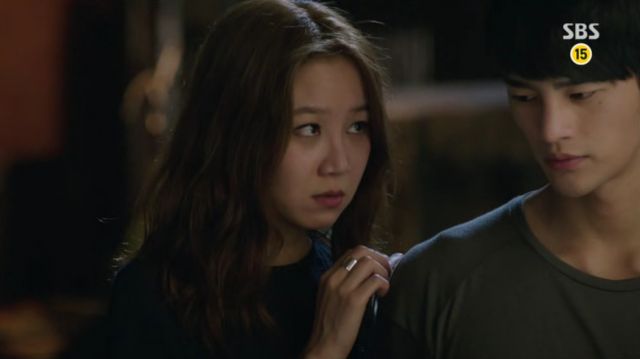 With Kang Won, Gong-shil uses a lot of the same behavior that she does with Joong-won, but she has romantic intentions towards him. He finds her fascinating and despite his secret agenda that has him investigating her, he truly cares for her. Their mutual affection gives them each courage to open up to the other. Gong-shil feels especially appreciative of him because of her newfound freedom from ghosts. She now has the energy to live a normal life. But the reason for her freedom makes her love situation complicated. She needs one man to make her relationship with another possible. It is not a sustainable situation, but it is certainly excellent fodder for drama.

Yi-ryeong is shaping up to be a delightful mockery of the typical second female lead: she is vain, spiteful and needs petty revenge to make her feel good about herself. She is a model and she had to an utterly ridiculous commercial where she danced around with a pan. It was glorious watching her take such a goofy premise so seriously. I hope her role in the drama remains light-hearted because if her vengeance gets too heavy, it will spoil the wonderful dynamic between the characters. 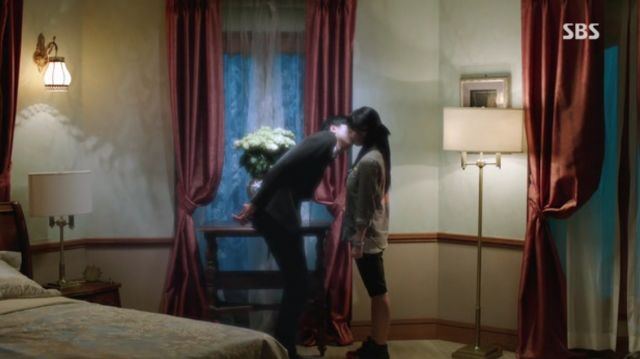 Computer graphics, makeup, sets and lighting are much more cohesively used this episode and the ghost us actually scary. It makes the contrast between the horror, comedy and romance aspects much greater and much more enjoyable. It would've been better had the horror aspect of the show been solid from the beginning so that the entire mood of the drama could have settled in episode 1.

But today's episode was strong. The ghost guest played by "Shut Up: Flower Boy Band"'s Yoo Min-kyu was the first ghost that was easy to empathize with. His story didn't feel forced and it didn't make up the bulk of the episode. He was a teenager who died young and remained in the world of the living because he missed the girl he loved. It was very tragic and sweet without being overwhelming.

Mythologically, the world of Tae Gong-shil is filling out more. A matchmaker for the dead discovered Gong-shil's abilities and at the end of the episode the matchmaker warns Gong-shil to be wary of ghosts: they will try to use her. Before this, ghosts were scary and didn't let Gong-shil sleep, but they did not use her for ill. Now, however, we know that they can have evil intentions and that Hee-joo, Joong-won's dead girlfriend, may be one such ghost. That makes this story much more interesting. Bring it on!