The hospital playing field evens as Seung-jae earns an ally and the "Medical Top Team" reunites.  Top Team has been infected by Tae-shin's idealism, but its a hard concept to live up to. The strong pull of the assistant director's greed tempts them to follow her darker path. 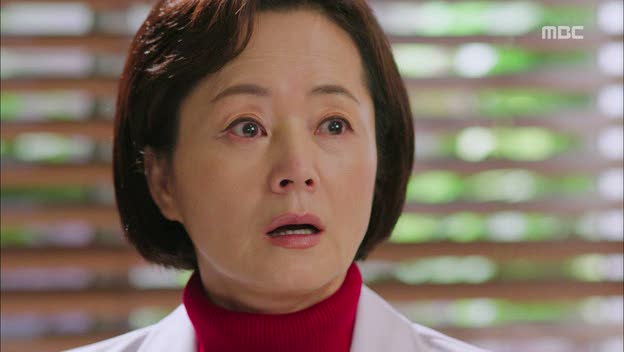 While the assistant's director cleverness and greed is a powerful enough combination to serve as the largest villain motivator for the first ten episodes, her influence has finally begun to ebb. She betrayed Chief Jang and has made enemies of most of the members of the "Medical Top Team". It's about time she started feeling the backlash from her single-minded climb to the top. Also, the show focuses on the assistant director as the main villain who is semi-powered by the chairman of the hospital. There are very few other evil threads pulling at the fabric of the hospital's inner workings and that has been a bit strange. Her power needs to be counterbalanced. It finally will be by Seung-jae who has made a mighty friend: the chairman's beloved fund manager who's life Chief Jang and Joo-young recently saved. 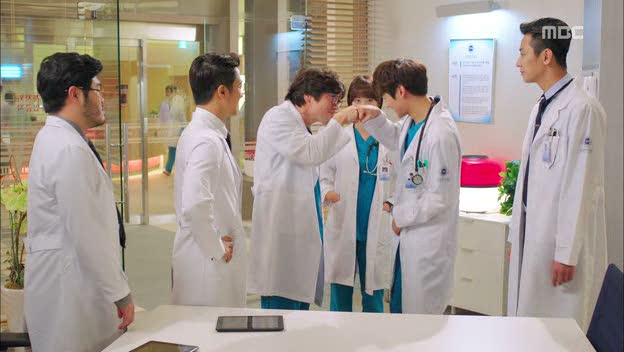 Aside from the latest developments with the assistant director, the Medical Top Team is finally beginning to act like a team that cares about each other. Choi Minho continues to do a wonderful acting job with his character who is suffering from the loss of a friend and deep regret. The team rallies around him upon his return from mourning and the team's the first show of solidarity. It is what was lacking before, unity. The talent and the brains were present, but the team can finally begin to move forward. It's going to need it to fight the upcoming political battles.

A wonderful character study in this episode was that of Sung-woo and Tae-shin. They both are suffering and both have to be rescued by people who care. While the reasons they are downtrodden differ, the fact remains that they are damaged souls who cannot save themselves. Their friends and colleagues have to rally around them and help them - another way to help people besides medicine. Sometimes medical shows get so bogged down by procedure that they neglect the emotional aspect of healing.

Thus far, the multiple minor storylines floating in and out of each episode of "Medical Top Team" have been well-paced, well-paced and much needed counterparts to the heavier medical and political plotlines.  An adorable bromance has been brewing between neurologist Jeong Hoon-min and Radiologist Bae Sang-gyoo has been a delight to watch because the men have wonderful bromantic chemistry. A few love lines are floating around that occasionally seem excessive, but mostly serve as a break from the intensity.  It would be better if they stood on their own better than they do.

The future of this show is a bit unclear because there is only so long that the political battle can go on and continue to be interesting. More character development needs to happen aside from the politicking. It would strengthen the political aspect of the show immeasurably and as a central of the focus of "Medical Top Team".