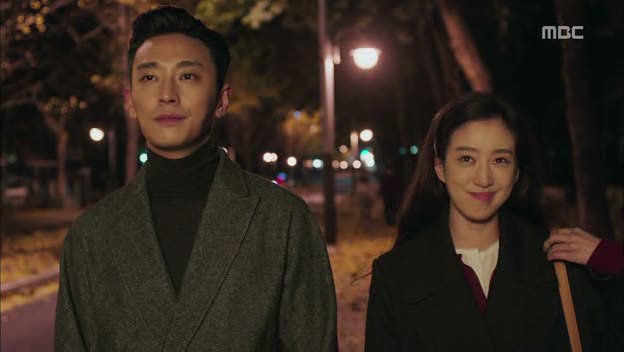 There was only so long that "Medical Top Team" could hold out before the idealistic few separated from those who are more practically minded. This causes some much needed character building within and outside of the hospital. Unfortunately, the politics still bog down the show because they are just plain boring.

They are boring because the villains that mess with the political machine are boring. They are also boring because the real villain is the political machine itself. It's intangible and impossible to pity. In this case, the villain needs to be one the audience can empathize with. Instead, all villains are needling and annoying. The assistant director is a greedy woman who has barely been developed. The chairman never rears his head on screen. The the new managing director of the hospital may not be a villain at all, but his role is so grey, that it is boring as well. None of these people and their decisions produce real tension. It's the same stuff over and over again. 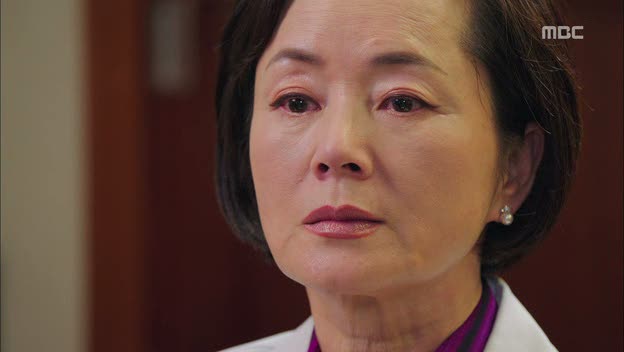 To pull "Medical Top Team" from this inane rut is the job of good character interactions and good character storylines. Unfortunately, Tae-shin spends most of his time brooding alone or being chased by the googly-eyed Ah-jin. His character provided so much intrigue at the start of the story. He has now been relegated to "resident moper" and "idealist" who says no to everything that Seung-jae wants to do. For a man who has been in medicine long enough to become an expert, he has no sense of what it's really like to work in a hospital. The other characters are equally unbelievable. 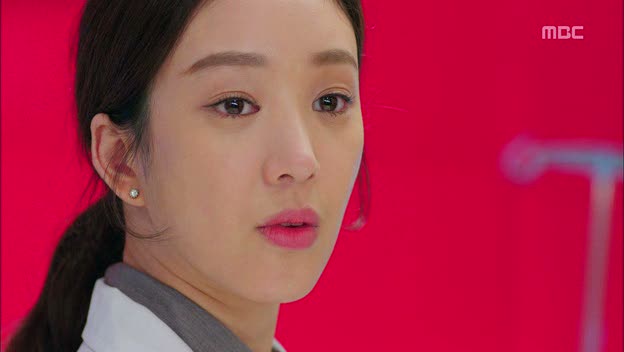 Luckily, there is some decent character development on Joo-young's part. She accepts the decisions she's made and has some scenes outside of the hospital with Seung-jae that were long overdue. However, the pair has very little romantic chemistry and Jeong Ryeo-woo has even less with kwon Sang-woo. They work well together on screen, but not as a romantic pairing.

Mostly I'm hankering for some non-hospital scenes or at least scenes that bring me closer to the characters. I still feel distanced from the four main characters while I am totally in sync with the supporting characters. Even the guests who play patients are easier to empathize with than the mains. Part of it is the camera editing. This director spends too much time on brooding shots and too little on non-verbal interactions. Also, the endings of the episodes have become increasingly jarring. This particular episode ending seemed as though a scene was chopped off at the legs. Perhaps there wasn't enough time to edit. Perhaps some more care should be given to the cliffhangers.