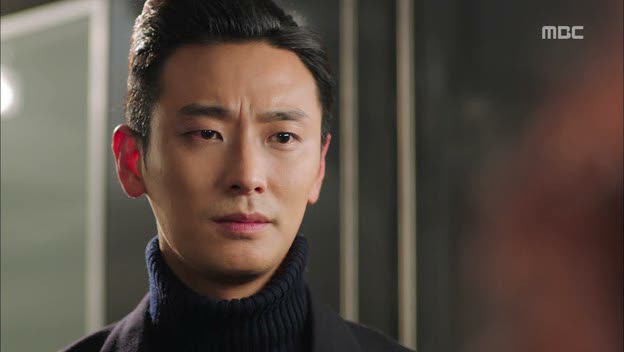 "Medical Top Team" continues to stagnate despite the ever present political tensions and interpersonal issues. It's disappointing because there is potential in the cast, crew and script, but that potential is left unfulfilled.

The biggest gap is between the brilliance of the actors and the chemistry that they have. The cast is strong in talent, immaculate with line delivery and can express worlds with their eyes. However, the chemistry between most of the actors, like Jung Ryeo-won and Ju Ji-hoon, is lukewarm at best. It's not just romantic chemistry, it's platonic chemistry as well. Although the actors are on screen together, there is no spark of intensity.

The next issue lies with the politics. They are not interesting and there is no real twist or surprise that comes of them. They merely provide persistent stress like a dull headache throbbing behind the eyes. Only Seung-jae truly feels the pressure of the political machine and his collapse is slightly interesting. The others abandon him rather than support him or try and help and it is disheartening. Joo-young attempts to help him, which is strange because up until a few episodes ago, she was bogged down by political dealings as well. She is behaving much like Tae-shin and the change in her is nice, but jarring and inconsistent. She is suddenly at peace with the political choices she made even though they are on par with the choices that Seung-jae made. Perhaps she is treated differently and acts differently because she is not in a leadership position. 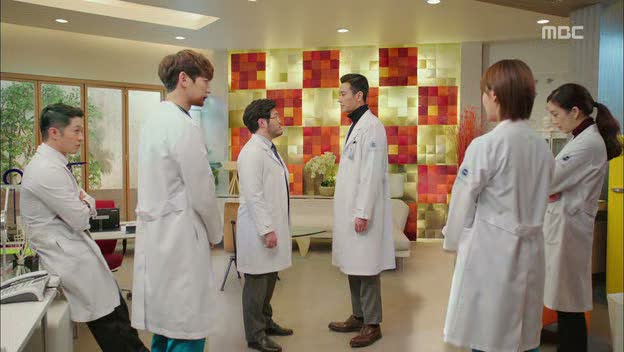 Another interesting part of the episode is the strange absence of focus on the "Medical Top Team" itself when the team is the reason for the show. The team itself is falling apart and rather than focus on the relations between the people in it, the focus turns to the assistant director and her mechanizations. While she is important as a key political cog, her scenes drag the show down because they are emotionally heavy and driven by her selfishness.  Focus on the actual Top Team is where the show is strongest. The team doesn't have to stay together for the show to be good. Rather, the members of the team need to figure out a good way to relate to each other and work together. Right now outside problems are preventing that.

This drama needs to get back on track. Perhaps the latest hospital developments will do that by getting a key character sick. That would be more exciting than what has passed for the last several episodes.