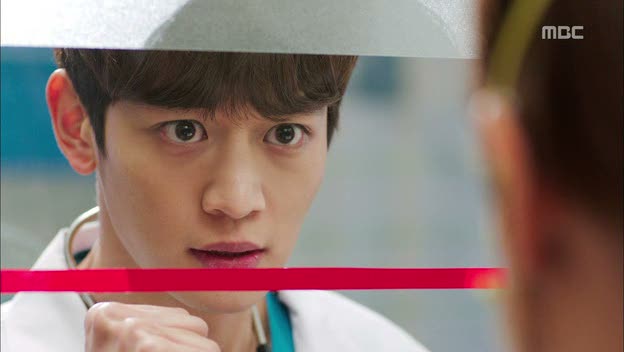 This episode both improved in some ways and deteriorated in some ways. Put those two together, and we have a stagnating show. It really began to go downhill when Ba-wi left the show.

Now it's left with insecure doctors, weak romance, too little humor and too much politics. It's saving grace is now the chemistry between the minor characters such as neurologist Jeong Hoon-min and radiologist Bae Sang-gyu. Their odd couple bromance is refreshing and heartfelt. Dr. Jo (Park Won-sang) can be grouped together with them. He brings life to the screen and has far too few scenes. When he is there, he is like glue, especially amongst the male cast members. One scene this episode had him bringing together Hoon-min and Tae-shin to work together during the night shift. It was so raw and honest that I longed for the same feeling during the rest of the show. This is what "Medical Top Team" should be, doctors banding together against the powers that be and roping in any strays that fall from the path, like Seung-jae and Joo-young. 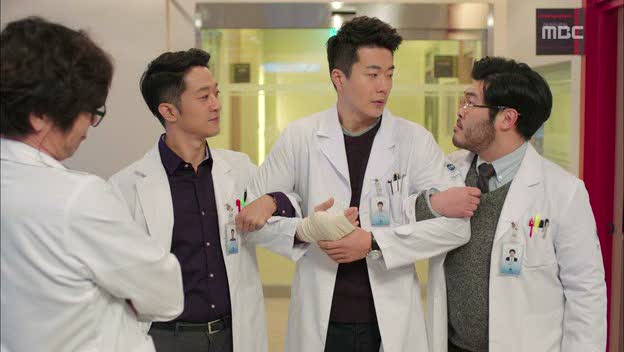 The reason Top Team is unfocused is because of the pacing. The amount of time spent on the politics is completely unnecessary. If a scene is potent enough, it can affect the entire tone of the episode. That's what this writer needs to do: pen a few key political scenes that will decide the political tone and then focus on the relationships between the people and how they deal with the politics. Right now we have a bunch of unilateral decisions, child's tantrums and unneeded drama thrown in for ratings. The ending of this episode was like that. The cliffhanger was an obvious move made with a poorly developed character and topped with a cheesy, cheesy bit of voice over dialogue.

The poor character development is another weakness, especially with the assistant director (Kim Young-ae.) We've spent sixteen episodes establishing that she is evil and have only seen three moments that portray her as a feeling human being. Those moments weren't strong enough to move a viewer's heart to pity. Instead it seems like too little too late. Just like with the romances that have zero chemistry.

There were definite efforts made by this show to throw some romance into the mix. Seung-jae is thrown together with Joo-young by his mother and his feelings for her, but the pairing is lukewarm at best. Then there is Choi Minho's Sung-woo who pines for Ah-jin, but his crush has been left by the wayside for far too long to make us feel for him. Now that she is stirring up some sparks in her relationship with Tae-shin, Sung-woo gets to watch from the side and be heartbroken. Choi Minho does a great job of portraying him, but again, it's too little, too late. He takes out his romantic frustration in the on-call room on co-workers and it makes me long for more such similar moments: real emotional reaction that doesn't require brooding in an office or hallway.

I'm also wondering about all the personal baggage that every major character carries around. How will that get resolved? Tae-shin's parental issues? Joo-young's need for recognition? Seung-jae's power struggle with his father? The next four episodes need to be succinctly written to get all of this done and I'm not sure that "Medical Top Team" has the wherewithal to do it.