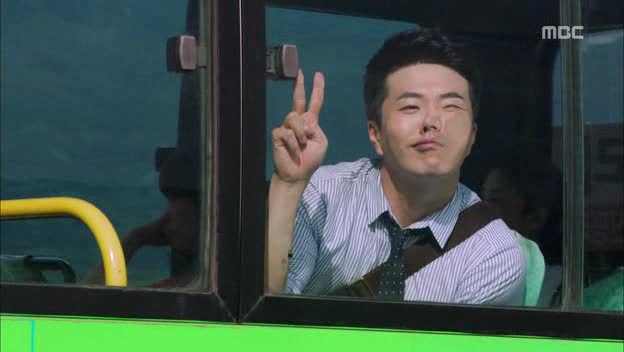 "Medical Top Team" has a filmlike finesse to the quality of its shots, dramatic timing and music selection that make it a pleasure to watch. It focuses on the small beats that give insight into the characters hearts. It isn't overly indulgent in emotional dialogue and instead relies on camera storytelling and clever verbal interactions.

This episode wasn't as fast-paced as episode 3 because it focused instead on revealing backstory and developing characters and relationships. Before he was adopted by American parents, goofy and lovable Park Tae-shin was physically abused by the man who ran his orphanage. Tae-shin meets the orphanage director by chance, which turns him into a quivering shell of a man. He hides his shock behind his usual smile. It's a fine bit of acting on the part of kwon Sang-woo. This could explain the reason he is a transient doctor and refuses to kowtow to political whims - the abuse has made him allergic to B.S. 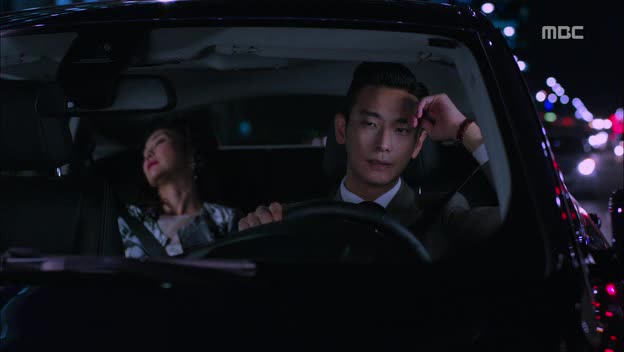 We also get a bit of insight into the ambitious Seung-jae. His drunken mother barges into a meeting with his father. She rails against being cast aside as a mistress, humiliating Seung-jae in front of his dinner guest: Joo-young. The filming of this sequence of events is just stunning. The combination of Seung-jae's stricken face combined with the quiet viciousness of the fight is immensely poignant. Even the choice of music while he drives his raving mother home is effective: a lacrimosa sung by Pavarotti.

On the medical side of things, the VIP son of the Se Kyung Group makes it through a very tense surgery that required quick thinking and sure hands on the parts of Tae-shin, Joo-young and the rest of the surgical team. The surgery scenes were very finely edited by the production team and the background instrumental music keep the suspense going for eight minutes. That is quite long for a surgical scene and I was engaged the entire time. At the end of the episode, after doing well in recovery, the VIP patient crashes and his heart stops. Again, the moment is completely engaging. 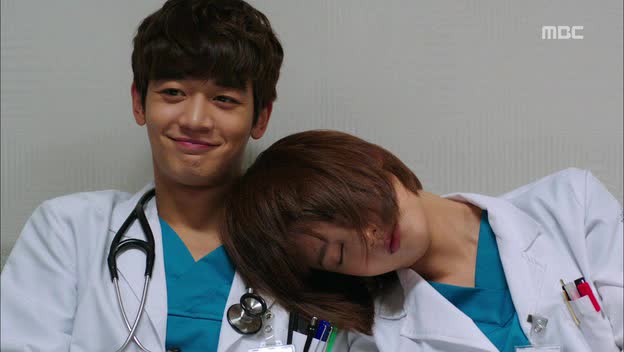 Also, the smaller players get a chance to come to the forefront. Sung-woo and Ah-jin are chosen to be the residents on the "Medical Top Team". Ah-jin is surprised Sung-woo applied. In general, she underestimates and undervalues him because she is too busy ogling Dr. Jo and Tae-shin. Sung-woo, however, is always attentive to her and her needs. He even helps her manually search through medical journals for an article where they find an eight-year-old editorial on Joo-young. Eventually, Tae-shin gets his hand on the article where Joo-young sounded much like him. She valued saving patients above all else. Throughout the episode, Tae-shin tries to bring her back to that philosophy and onto the "Medical Top Team" where she can live it. It works and so we finally have a rounded out "Medical Top Team".

What was great about rounding out the "Medical Top Team" was that the assistant director, Seung-jae's aunt, who has her eye on Tae-shin, was publicly scolded by him for not supporting Top Team sooner. He calls her out on her hypocrisy (choosing politics over saving lives) and makes an enemy of her. It's going to be an interesting relationship between the two of them. She wants his skills for her plans, but he is not one to be controlled, which is definitely something Seung-jae planned on. The political struggle is blatant while at the same time delicate.

As for the romance, there has been a very palpable attraction between Joo-young and Tae-shin, but they are both too professional and too professionally antagonistic to act on it. However, because they worked so tightly on the VIP son's surgery and she came around to the Top Team to be his rival, he made her shake his hand, bringing physical contact into their relationship. It made them highly aware of each other and Seung-jae saw the moment. It was but a moment, but it was powerful. I'm glad the show didn't end on a romantic note, though. It came back to the VIP son's failing heart. Romance is just one thing in the world of "Medical Top Team" and that's just how I like it.