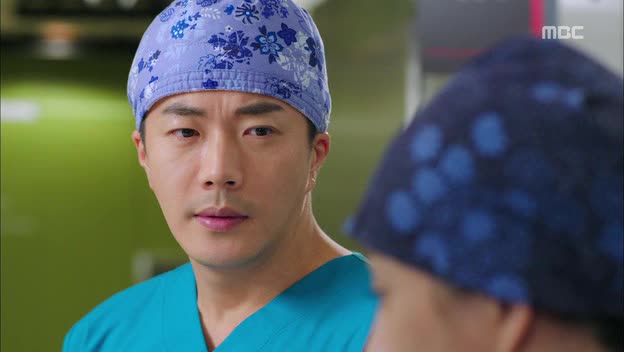 This episode was exactly what I asked of "Medical Top Team" in my last review: introspection, heavy character development plus the dramatic tension from the medical dilemmas. Tae-shin has to contend with himself, his worry for Ba-wi, his deep panic because of past conditioning and the limitations of being human. Seung-jae is still battling his illegitimate son issues and fighting his aunt, the assistant director, for power and favor from his father. And both he and Joo-young are struggling to balance their desires to help patients with the need to play the political game. 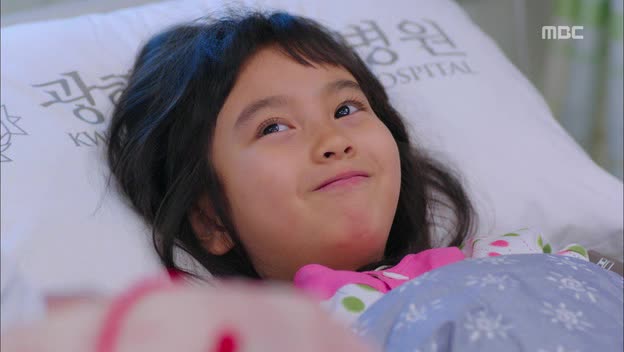 Ba-wi's lung transplant is the main medical conflict this episode. The surgery involves two lung donors and a whole lot of ethical and political debate. To perform the surgery and fail means a disastrous blow to the surgeons and surgical team involved. To succeed means double the glory and reputation. Seung-jae, Chief Jang and the assistant director are fighting the political battle while Tae-shin just hopes for surgery to save Ba-wi's life.

In the end, everyone decides to perform the surgery, Seung-jae for the sake of the child, Chief Jang and the assistant director for the sake of reputation and money. Decisions were reached separately and Chief Jang gets approval from the assistant director to lead the surgery, which means no live-donor lung transplant glory for the "Medical Top Team".

What comes from this messy ordeal is an important decision from Seung-jae: patients over politics. While he's not happy Tae-shin turned to the assistant director, he does understand and it forced him out of his gloomy obsession with his sad family issues and made him actively decide something. Part of the catalyst for his decision making was Joo-young calling him a coward for taking the easy way out. Nothing motivates a man like being called a wuss.

I love all the external conflict that breeds internal conflict and forces change. Joo-young watches the ones cool, calm and collected Tae-shin suffer over Ba-wi's precarious health. It spurs her into actively deciding to help rather than just be a person who is cajoled. It makes her get in touch with the reason she became a doctor in the first place: to help patients. Of course, there is the fact that she is starting to fall for the charismatic Tae-shin, but I'm glad the writer doesn't make that the pivot point for change. It's watching Tae-shin care with all of his being for a parentless child. It's watching him search for the mother who abandoned Ba-wi and then bring her to the hospital to donate part of her lung to her child. These are big stakes with big physical and emotional consequences. 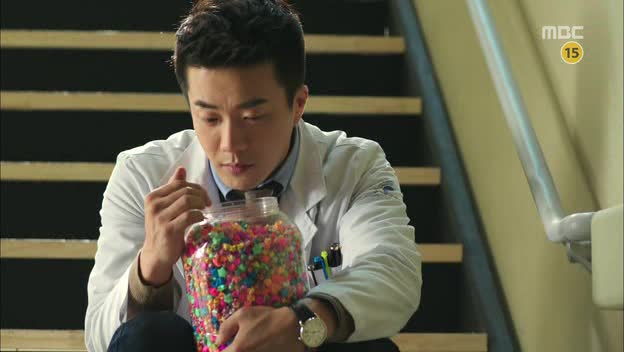 As for Tae-shin, he is so engulfed in emotion that he becomes irrational. He doesn't know how to lean on other people and is surprised when Joo-young and eventually Seung-jae come around to support him. They make the loner doctor into part of their medical family, something that the doctor, who was an orphan first, desperately needs. His chief from the countryside hospital comes to donate part of his lung as well as several kids from Ba-wi's orphanage. People gather together and help the erratic Tae-shin regain himself again.

What the future holds for Ba-wi is probably life, but I see one of the donors dying. The show hasn't killed a patient yet and for the "Medical Top Team", a team who takes on risky surgery, death is bound to happen. Despite that fact, the episode ends on a note of hope rather than one of medical panic. The kindly anesthesiologist, Dr. Jo, puts Ba-wi to sleep and Tae-shin silently asks to meet her again soon. I like that this cliff hanger felt different than the last five. It contained what Tae-shin learned: hope. He watched Ba-wi's mother come back to her. He watched doctors come together to help. I doubt this peaceful moment will last long, but I'm going to enjoy it while it lasts.