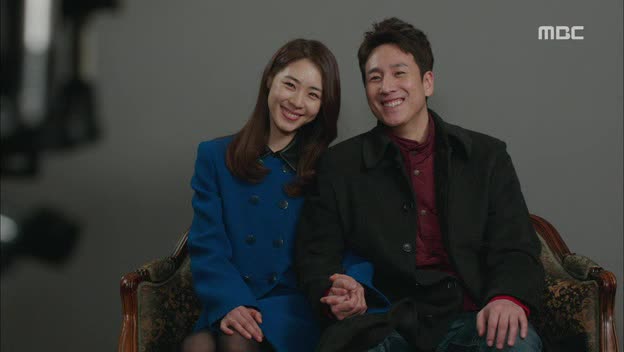 "Miss Korea" has tied up each and every loose end and delivered a finale that is adorned with smiles, warm feelings and a hopeful message. It has stayed true to its feel-good mood and has proven itself to be a breezy watch.

While "Miss Korea" lacked in any sort of real plot development, what it managed to do was make me feel good while watching it. Lee Seon-kyeon and Lee Yeon-hee had wonderful chemistry, which made them easy to root for. In fact, the entire cast had an easy rapport that was reminiscent of "Pasta". While the similarity is good, I had hoped for a meatier plot line. The show touched on tons of wonderful concepts, but never followed through because the focus was on the mood of the show. The camera work and direction style created a dream-like quality that enveloped the entire show. The ending credits that ran over an old-school style film helped establish that the show was in 1997 and also gives a feeling of peeking into another world. Both of these things add to the "Miss Korea" "mood".

There was little follow through for the difficult subjects presented in the show: the IMF crisis, corruption in pageants, beauty standards, relationship expectations. While these topics were consistently mentioned, they were not well-developed and that was a major detractor of the show. The subjects were glossed over in favor of building relationships or relationship tensions. For example, the IMF crisis was constantly shown as the cause of suffering for the characters, but the conversations discussing what to do about difficult financial situations were always preempted by other issues like romantic problems. It stopped short of any genuine exploration of how people really dealt with the IMF.

Also, each character had nice, neat endings that were geared more towards finding resolution and happiness than following an organic progression. The endings were satisfying on a surface level because watching people find peace and smile is always pleasant. However, so many bow-tied endings make no sense. Yoon suddenly turns into an understanding person when he's been thick-headed for the bulk of the show. Ae-ri and Choong-ja rekindle their friendship and Choong-ja really hasn't learned to deal with their faults - they are glossed over in the name of friendship. These things wouldn't be such large missteps if better development had happened earlier on.

The most solid relationship development was the one between Seon-saeng and Hwa-jeong who overcame societal boundaries to be together. Education levels and social status are very important determining factors in a Korean relationship, and this couple worked through those issues well to get to their happy ending.

I was expecting the show to have more to say about the institution of the "Miss Korea" pageant and pageantry in general, but it instead focused on Hyung-joon and Ji-young's relationship, which was cute, but nonsensical. The changes within themselves that they both had to make to be with each other were addressed in a cursory manner. There were a few times where Ji-young's insecurities of being abandoned were discussed, or Hyung-joon's feelings of incompetence came to the forefront. I wanted more of that to make their romance more fulfilling. It was very cute and full of smiles and secret hugs, though. That was nice.

"Miss Korea" is a show geared more towards entertainment and making people smile than one that addresses the issues presented. As a light watch, I'd recommend it. If you're looking for something deeper, look elsewhere.