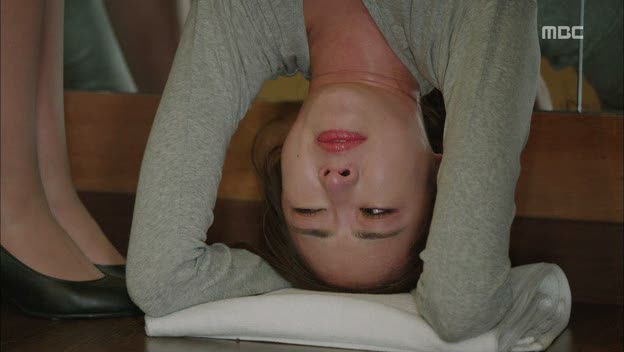 "Miss Korea" is a strange beast. There is very clear desperation spelled out in the very nature of the situations that the characters are in. The IMF is ruining lives by the millions and people are falling fast. But "Miss Korea" doesn't make me feel like anything dire is happening. That is a big problem.

Albeit there were a few moments where I was on par with the story and the characters and with what they were trying to make me feel and think. One time was when Ma Ae-ri was putting her girls through rigorous physical training to tone their bodies. There was a lot of camera focus on straining muscles, sweat and grimacing faces while Ae-ri's voice carried over the images. That was very effective.

Lee Yeon-hee is also wonderful as Ji-yeong and shows her vulnerability in a way that transcends the absurdly slow pace of the drama. She is insecure about her body and about her family situation. She's terrified about making a living and telling her family she's quit in a time when finding a job was nearly impossible. Yeon-hee makes all the fear believable. Put her together with her warm-hearted family of all men and we have a wonderful cast of zany characters going through a rough time. Unfortunately that isn't as much of a focus of this show as I'd like.

Instead, we focus on the failed romance between Yeon-hee and Hyeong-joon. The relationship they have on screen is strange. They have horrible break ups over various things, then get together later over liquor, then swear to never see each other...again. The back-and-forth of it all negates the severity of their central conflict and makes me not care about it. 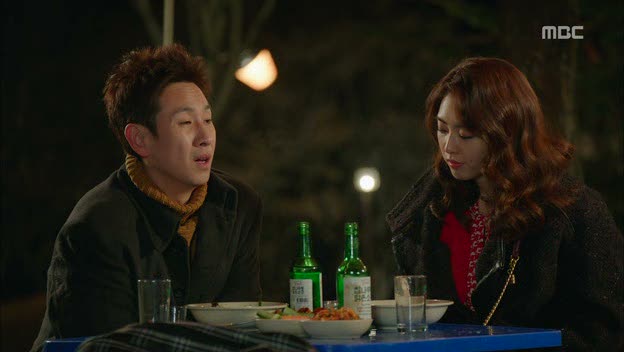 Also, "Miss Korea" is a vicious competition and there are hair-pulling fights between competing teams of hopefuls, but the fights are annoying with no impact. On top of that, one character calls Ji-yeong fat and I hate the message that it sends. Lee Yeon-hee is a very, very thin, fit woman. If she gets called fat, there is no hope for the rest of the world. I hope this ridiculous ideal will be dispelled throughout the show and that Ji-yeong will learn to be happy with her body. She is already insecure about her chest size, which is a huge issue for her.

"Miss Korea" just seems generally disjointed and unrelatable. It needs a catch to really hook me and draw me in. I want it to make me care for more than two characters. This is no fault of the actors, but is entirely on the writing and direction.