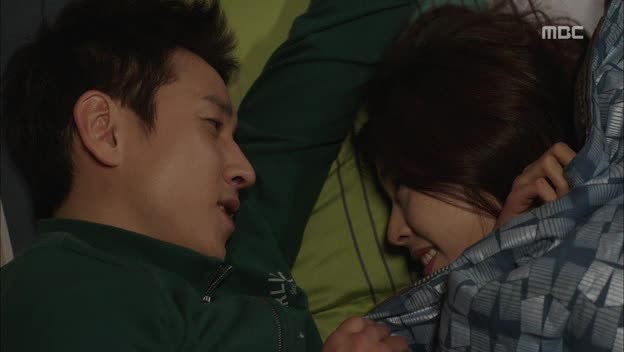 "Miss Korea" is going the route of the self-indulgent. It wallows too much in flashback, tears and its attempts to create a mood that has long been established. There are so many awesome moments that are ruined by overkill.

This show is doing a wonderful job of establishing how twisted and difficult the world of pageantry is with the vicious competition, bullying and painful attempts to make beautiful women even more beautiful. It's a subject that deserves to be addressed in a popular medium like drama on a powerhouse station like MBC with a star-studded cast who can make the social commentary come to life. Unfortunately, the show undercuts these attempts with its pacing. At one point, the show had Ji-young's all male family react to her participation in the pageant. The men were earnest and their responses heartfelt, but the scene lasted so long that the energy was sapped and the moment turned stale. It was a social comment about South Korean views on women and exposure and could've been very powerful. 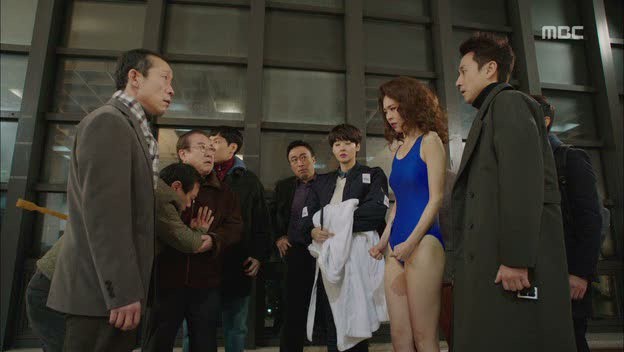 The romance, as always, is cute, sweet and a lot of fluff that hasn't done much exploring of the wounds that wrenched them apart in the first place. This is okay because they are overwhelmed by financial issues and the pageant, but I would like to see them surface in more than just small, vague arguments that are eventually glossed over.

While "Miss Korea" seems like it would be the perfect vehicle to make strong social commentary, it is instead a vehicle of fluff and feelings. It rides on emotions that color the show as strongly as the camera filter does. To remedy this and make that coloring more effective, the plot needs to be strengthened. There need to be an impetus, a drive. It's pacing isn't just slow - it's lagging.

The cast, despite all, is performing strongly, which saves the show. They are able to ring beautiful moments out of overly-extended sequences that make the show interesting. Lee Sung-min is heart-wrenching as said Teacher Jeong with the death threat looming over his mind and heart. He is not cut of strong stuffs and is a failure of a loan shark - but he is a major draw. He is both victim and the bully in the throes of the IMF and the insanity of pageant. He best represents what happens to people in crisis.

It's time for the storyline to change gears into the second half of the drama, and I'm worried that twenty episodes is just too long without any in depth exploration of the issues presented. So show, it's time to get down and dirty with the world of "Miss Korea", and 1997 Korea struggling in the IMF. Don't forget to air the baggage that Hyung-joon and Ji-young have.