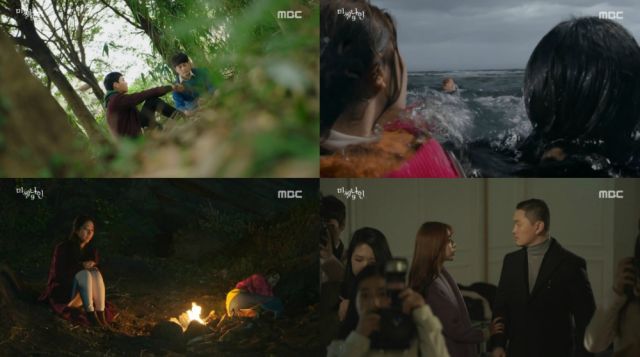 If you feel that "Missing 9" has not really been delivering on the despair and tensions, episode five says hi. It also says that people are going to die and then graciously delivers on that promise. In the past, Tae-ho is an unhinged terror. In the present, Tae-yeong is an unhinged brother looking for answers. So have a seat, grab a pillow and enjoy the episode, preferably before reading about it.

Death is the name of the game and Tae-ho (Choi Tae-joon) is a champion of it. I enjoy his existence as a rogue element and episode five amplifies his threat. Tae-ho is not only murderous, but he is also the only assertive person in a group unwilling and/or unable to organize a resistance. This is where Joon-oh (Jung Kyung-ho) is desperately needed and it is therefore the reason, aside from his obvious leading role, why he is definitely alive. 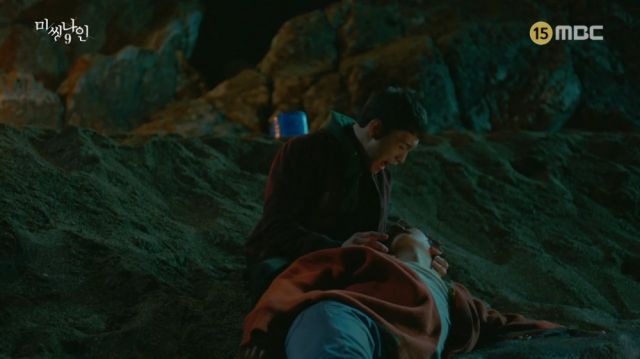 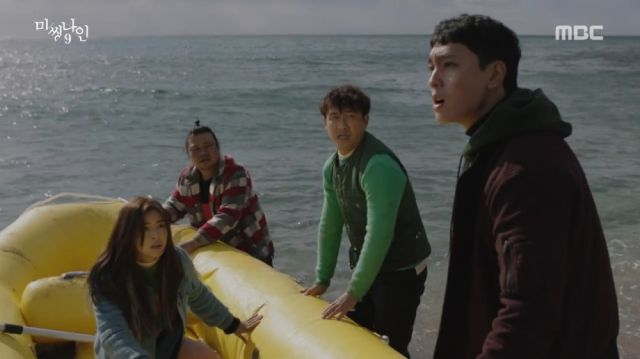 Despite Tae-ho's use as character, I have been waiting for the creators to properly justify his paranoia. The nature of Dramaland does not help here. Everyone looks clean, their weight is the same and the series has mostly avoided disease and other dire issues aside from Ji-ah's (Lee Sun-bin) condition. Without knowing how long everyone has been on the island or what they have been through, Tae-ho's extreme behavior feels inadequately explained.

On the other hand, Tae-yeong's (Yang Dong-geun) current condition is easy to understand due to it being a more familiar pain that viewers can imagine or have themselves been through. The man has lost a loved one and he wants blood. I actually find his reactions and Yang Dong-geun's performance of him very nicely done, because you can see that he goes through an internal battle over how ruthless to be with Bong-hee (Baek Jin-hee). In light of the new information we have, I get the feeling that he will soon become an ally once more. 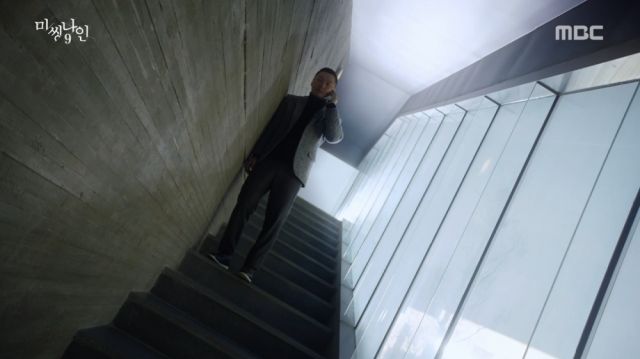 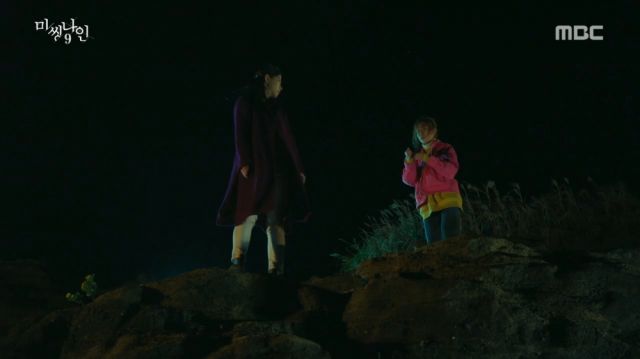 Given how eager the series is to paint Tae-ho as the source of all evil, I am now doubting Bong-hee's direct involvement in So-hee's (Ryu Won) death. The fall might not have killed her or then Bong-hee's memory might be fighting off a much worse scenario of witnessing a murder. It seems like our newly alive and immediately crushed President Hwang (Kim Sang-ho) knew what happened, but enter our new villain, Jang Do-pal (Kim Bup-rae).

I do not know if the island mystery will be drawn out or if we will see a legal or other battle in the present, but I do wonder what they have up their sleeve for twenty episodes at the current pacing. I just hope that it is more than Tae-ho's killing spree. Goodbye, Yeol (Chanyeol). You were too good for this world.