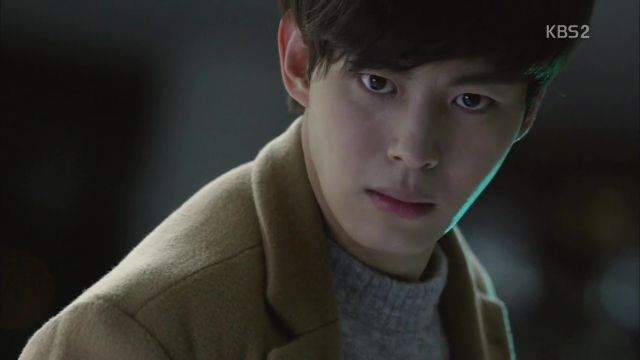 "Moorim School" is getting heavy into the mystery of who Si-woo and Seon-ah and why they are important to the bad guys. Moreover, it is purposefully vague on who those bad guys may be. Is it the kindly Dean Hwang who watches over his students? Is it the blatantly obvious father of Chi-ang? Maybe it's a combination thereof. In any case, the drama is much more stimulating than it was for the first six episodes. Perhaps it is because the drama was cut down by four episodes and the action needs to be pushed along. This is the pace the drama should've been moving at.

The main intrigue is the building question of what the Chintamani is, why people want it, and what the main characters have to do with it and its retrieval. While the question looms in the background, friendships and romances are tested. Si-woo and Soon-deok are building upon their natural spark, Chi-ang takes his entitled rich kid narcissism too far, and Seon-ah begins to see Chi-ang romantically. The most annoying of these is the strain in the friendship between Si-woo and Chi-ang, mostly because the strain isn't addressed. The characters are rarely in scenes together. It would be better to see the budding friendship take on its new troubles head on with more than just an angry punch. It would also be nice to see a second lead who didn't try to control the girl. Soon-deok turned Chi-ang down and he refuses to listen. It's frustrating and disrespectful to her.

An inconsistency in character development is that of old meditation teacher, Beop-gong. He was a bland character and quite suddenly emerged from the woodwork to be quite sinister. There was very little to indicate this change would happen and his evil behavior is almost comical because of it. Another adult who received some development was Chae Yoon. He ventures beyond the hospital walls and miraculously happens upon his son without realizing their relation. It is a cute-meet of rather morbid nature.

Although Chi-ang frustrated me with his pushy behavior around Soon-deok, he has learned to give of himself. In a very cool action sequence he battles some cronies who have come in search of Seon-ah and the key to the Chintamani that she may (or may not) possess. Soon-deok is captured by accident and Chi-ang fights to protect her and Seon-ah. The friendship between him and Seon-ah is also quite well-developed. They are comfortable with each other. If romance should occur, it will not be of the fiery nature that Si-woo and Soon-deok's attraction is born of. It will be of sweeter stuff, which I prefer because it allows for more character and situational development.

I must say that I mourn the underuse of the international cast in this show. We finally have been given foreign actors who do not stiffly deliver lines and they are barely given any to utter. These are admirable artists who have learned Korean, perform in Korean, and managed to break into a very stiff industry. I'd like to see more of them. If I don't see it in this drama, I hope that this drama sets some sort of precedence and allows for juicier international roles.