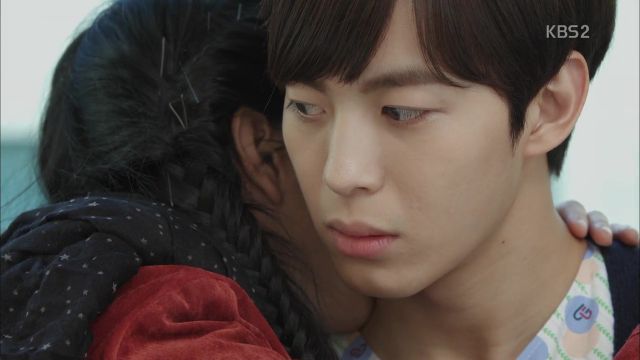 "Moorim School" is back after a pause for the celebration of Lunar New Year. After the midway point it's starting to jump into why the kids are at the school and what roles they have to play. It's not just about a love triangle, but about the road they will pave for themselves despite the pressures of adults.

Chi-ang's father has been sketched to be a leading bad guy and this episode outlines the potential for Chi-ang to follow in his footsteps . It was a small hint, and I could be wrong, but it seems like Chi-ang and Si-woo may be pitted against each other much like Dean Hwang and his friend Chae Yoon were. It was not of their own accord, but of the manipulating powers-that-be. However, we do have the friendships Chi-ang has cultivated that may help him resist the sinister pushes of his father, and of his father's secretary. Soon-seok, although not romantically interested, is a devoted friend along with Si-woo and Seon-ah. 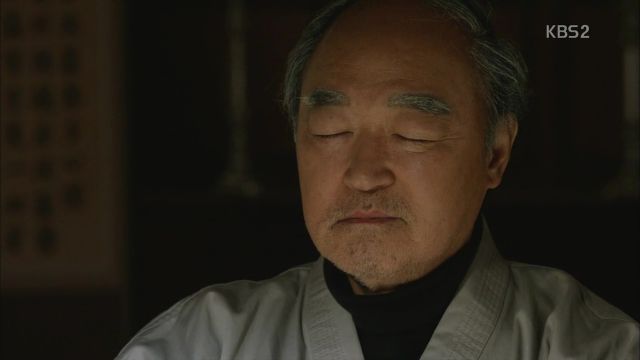 The Chintamani and it's power is now the goal of both adults and students. Teacher Beop Gong is playing both sides and pushing Dean Hwang to reveal the location of the keys of the Chintamani. The old teacher has an accomplice who very well may be the cranky Yeop Jung, or another unsuspecting person. But why else would they make him so standoffish and cranky? Or make him say so many cheesy lines in English? In any case, everyone knows about the existence of the powerful Chintamani and that the keys may be near. It seems that Chi-ang's father has a piece of the key already, and that his secretary is definitely shifty. He's manipulating Chi-ang and using his desire to please his father.

A few goofy things in this episode, besides Yeop Jung's ongoing strange lines in English (there are many native English speakers in the cast!), are the fact that Chi-ang was walking around immediately after a surgery for a stab wound, and that Si-woo redid his hair. I think it was meant to say that he has changed within himself, but the message wasn't clear. Old Teacher Beop is almost comic book like in his villainous behavior.

A few good things were that Seon-ah, despite her heavy guilt over the kidnapping of Soon-deok, is starting to bond with her brother, Si-woo. They don't know that they're family, but they soon will, I bet. The knowledge of the Chintamani is now in the open and will hopefully kick up the pace of the drama, which tends to drag and drown in too many flashbacks. Chi-ang and Si-woo have been given very clear choices and all that's left is to see what they will choose and defend. Will Si-woo become the next guardian of a piece of the key? Will Chi-ang turn darkside? Let's check it out in episode 10.