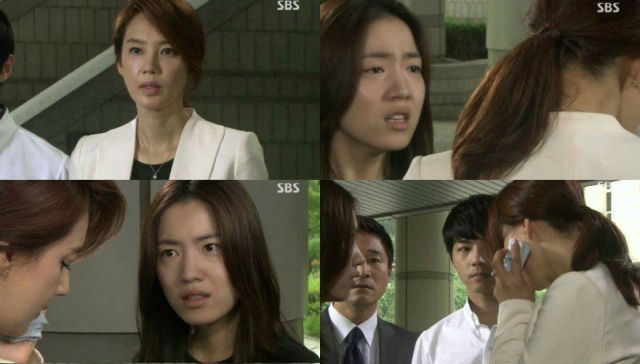 This drama aims to discuss a very difficult, very politically incorrect question. How does a woman in the modern world, with all the right trappings of feminism reconcile the fact of these beliefs with increasably unshakable evidence that her son is, in fact, one of those people who would do something so horrible as to violate and terrorize a woman against her will? Let's not pretend for the moment that correct political beliefs produce perfectly egalitarian children. It's a nice sentiment but it defies the sheer scale at which these crimes continue to occur.

The worst about this is that there's nothing really all that wrong about the family presented. Nobody's perfect, after all. The best we can really do is try the best as possible. Indeed, it's pretty clear that the teenage son has some moral scruples, just not enough to avoid getting in with the bad crowd that does awful things like drink beer and have a girlfriend over while his folks are gone.

This particular part about the prompt behind "Mother's Choice" may inspire some eye rolls. That stuff was the the moral ranting of our grandparents wasn't it? But unfortunately enough, the drama presents an alarmingly plausible set-up for how people, particularly young people, ever get such a terrible idea as to try to have sex with a woman who's been blacked out. Part of the unspoken implication is simply that she won't remember anything that happened, since it's not like pregnancy's a possibility.

But Hyeon-ah (played by Hwa Young) does, in fact, know what exactly what happened. And I really love the subtlety Hwa Young is able to bring to the role here. Hyeon-ah is neither a weak martyr that needs hand-holding and encouragement, nor is she a stereotypical plucky firebrand. Hyeon-ah is a teenage girl. She needs guidance to do the right thing, just like any other teen. And the drama comes about because as it turns out, not being quiet does in fact make things a mess for everyone.

If there's anything to complain about in this drama it's the somewhat tacky musical chords. "Mother's Choice" is, to date, excellent and compelling social drama. It focuses on the inherent destructive tragedy of these moments beautifully. To date the drama has never once tricked us into thinking that there's going to be some sort of easy morally clean resolution to all this. That's the stuff that makes real life rape cases such a mess, and I can only hope that "Mother's Choice" will be able to continue in this vein.