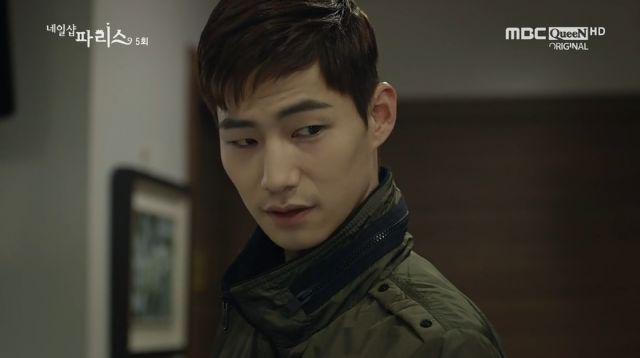 "Nail Shop Paris" has fallen again. It suffers from a predictable plotline, clunky writing, and badly handled character development. Despite the predictability, it lacks consistency. Story elements change on whims, making it difficult to relate to the characters and become invested in the plot. Last episode was much more engaging because of it's focus on the relationship between Kei and Yeo-joo.

Oh yes, I forgot to mention something very important. It must be mentioned before I can continue: Song Song Jae-rim got a new haircut. And we get chocolate brown goodness instead of blond highlights. Yum. 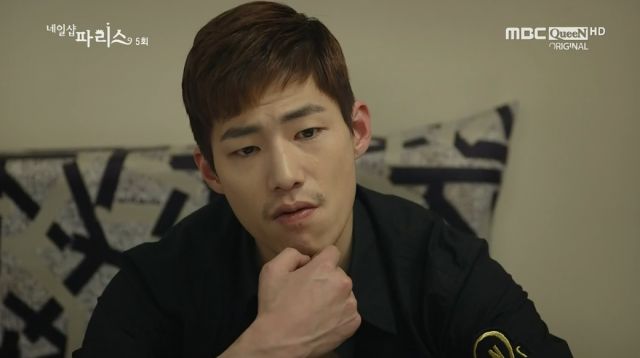 Anywho, rather than focus on the interesting parts of the show, like Kei's growing crush on Yeo-joo, episode 5 focuses on the newest customer in need: a woman in Yeo-joo's nail art class who is devoid of emotion. Help comes in the form of Yeo-joo diagnosing the woman's mental illness from the state of her nails. (What?!) It also involves petite Yeo-joo trying to stop a loan shark and his cronies from harassing the woman. Kei has to jump in and save Yeo-joo from her failed heroic efforts.

Let's take a pause because I have an issue with Yeo-joo facing a loan shark alone. Doesn't she watch K-drama? Doesn't she know that loan sharks come with goons who will beat her silly? Didn't she think before she decided to face someone who is two times bigger than her and asking for money? 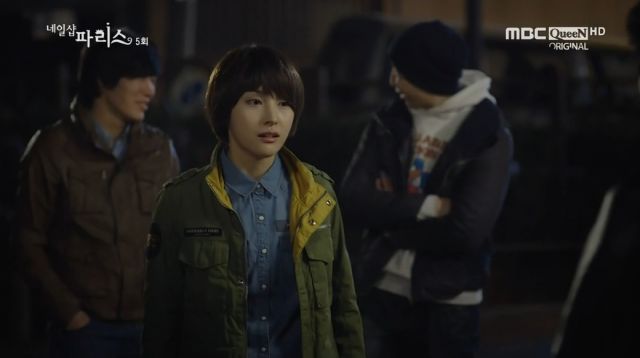 Another thing that bugs me: the loan shark turns out to be a man who has a crush on the emotionless woman and is just trying to "help" her. After Kei beats him, Mr. Loan Shark asks the Nail Shop Team of helpful people to help the woman feel again. Does anyone else see a problem with this? What is up with this show and inconsistency of characters? The loan shark being nice really doesn't fit how he was portrayed for most of the episode. And then we have Kei, a grumpy character, who is then all smiles and hugs when they help a customer. Wouldn't the appropriate reaction from a grumpy character be a mumbled line of encouragement or a curt nod that belies his pleasure?

Besides character inconsistency, there is something else that is severely lacking: chemistry. Park Gyu-ri as Yeo-joo and Jin Hyun-bin as Alex have absolutely zero chemistry. It's more like a sibling relationship than a burgeoning romance. I keep forgetting that I'm supposed to be rooting for them as a couple. On the other hand, Park Gyu-ri and Song Jae-rim have sizzling chemistry that makes me hope for marriage and babies. Therefore, we need more Song Jae-rim in this episode. There is not enough of him. I need more. He lights up the screen with his character's angst and surliness. It's glorious.

There is one scene where Park Gyu-ri's character, Yeo-joo, is imagining a scene of her story where her main character, a gumiho, is in bed with her heroic manicurist. Instead of doing couple things, the hero pulls out a nail file and begins to buff his lover's nails. Talk about a mood kill. Then the manicurist gives her a nail accessory in place of the ring he can't afford to buy her. It's so terribly cheesy that instead of swooning over the romantic gesture, I started cracking up.

Despite all of the glaring flaws, I still find myself curious to see what will happen. I wonder if there will be a tap-dancing werewolf next time. That could be fun.