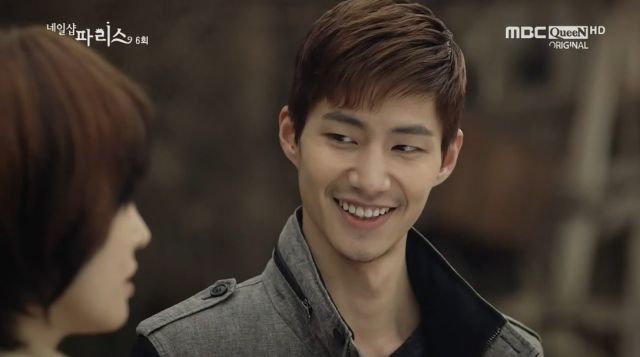 The Nail Shop Paris team of invasive people have done it again. They've saved a person in time to be home for dinner. I really don't know how they can solve people's life problems so quickly. It must be magic. Or, illogical.

This week's illogic focuses on a girl who has a crush on her female best friend. The Nail Shop Paris team of mostly men help her to confess and come to terms with her one-sided love - in a matter of days. If only real problems worked out that way. If only I could go to a nail salon full of sizzling hot male manicurists who could solve my problems by looking at my nails. 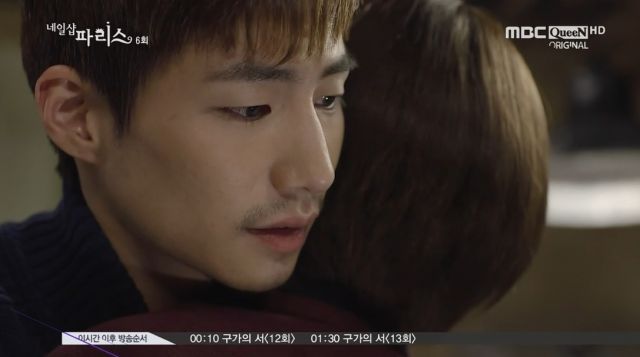 In all seriousness though, one of the strongest points of the episode was how Kei's "homosexual" love for Yeo-joo is paralleled by the customer's love for her friend. Watching someone else struggle with the same issue is a turning point for him. The customer's journey to confession prompts his own.

Kei readies himself to confess to Yeo-joo even though he knows she has a crush on Alex and that she's been agonizing over her feelings. But before Kei can confess, he overhears Jin and Yeo-joo talking and discovers that she is a girl.

Based upon what I know of Kei's character, I have had a particular image in my head of how he'd react. In a word, he'd be furious. He's a cold, curt, quick-tempered guy. He's not someone who would take this kind of deception lightly, especially not when it messes with his emotions. So when Kei overhears the truth about Yeo-joo's gender and approaches her, I expected anything but what I got: a hug. A HUG! He hugs her! He confesses to her! Talk about character inconsistencies. 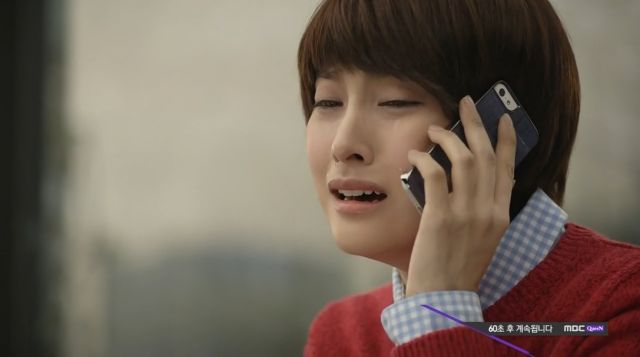 I'm baffled by this show's appeal. I honestly enjoy watching it despite the horrible editing, mediocre acting, nonsensical scripts and strange inclusions of the fantastical. I can't quite put my finger on what makes it so fascinating. Maybe it's the equivalent of poking a bruise. It hurts when poked, but I can't help poking it. Watching this show hurts, but I can't help watching it.