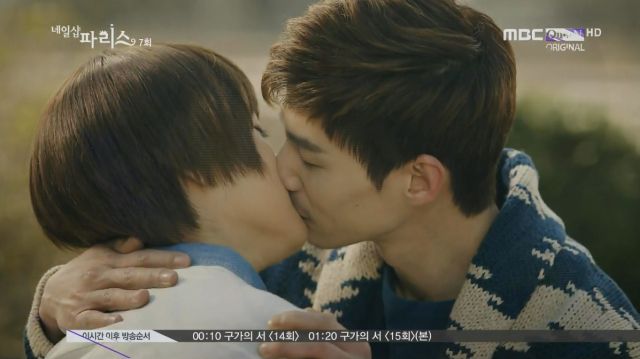 Focus shifted back to our main characters this week and it was a good thing. I'd actually prefer if the customer-of-the-week format was done away with entirely. I just want to see hot men fall in love with Yeo-joo.

But that doesn't happen. Instead, the "Nail Shop Paris" team of underqualified psychotherapists takes on new troubled souls: a dating older couple. The couple is struggling with the woman's sudden mental illness. Alex takes a quick peek at her nails and has her draw on paper and then correctly diagnoses a serious disease. Again, I take issue with how easily mental and physical diseases are diagnosed by amateurs, but let's just go with it because the old couple is really adorable.

As the "Nail Shop Paris" team of overly helpful manicurists aid the couple, Kei has to deal with the aftermath of his sudden confession. Yeo-joo does not take it well and avoids him because it has thrown her emotions into turmoil. She thought she liked Alex - so did I. Apparently, she's been holding a candle for Kei.

This sudden reversal of her emotions is very strange. There was no build-up to the fact that she could possibly like Kei. It's sudden and very awkward. However, the episode does showcase some of Park Gyu-ri's finest acting. When she's on screen with Song Jae-rim, she markedly improves. 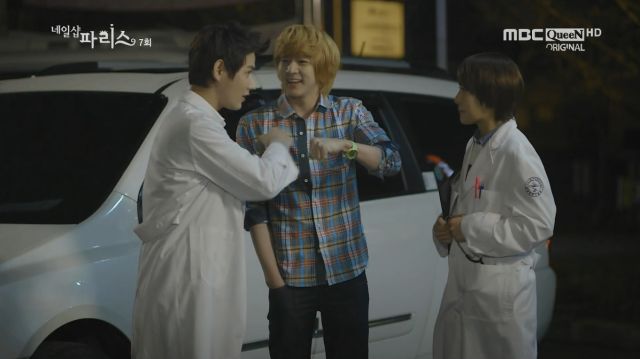 I still have issues with the character development because rather than developing characters, it seems as though "Nail Shop Paris" tacks on behaviors and reactions when it sees fit. Alex overhears Kei's confessions and discovers Yeo-joo is a girl. Because of that, he suddenly sees her as a woman and begins to like her. It does not fit how he's treated her for the past six episodes: like a kid sibling.

I must admit that I loved the amount of screen time that Song Jae-rim received. It made the whole episode much more enjoyable because he is such a strong actor. Even though his character, Kei, is not well-developed, I still became invested in him. I wish the other cast members were as strong. Then they could bring some subtlety to this otherwise clunky story. 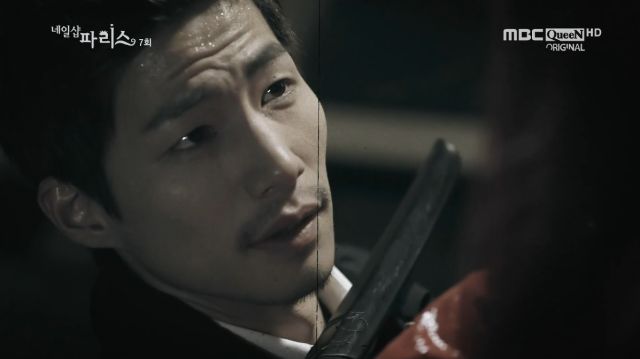 This drama is at it's best when it focuses on character-based conflict. It needs to stop relying on outside manipulators to garner interest. Develop the manicurists more. Delve into their pasts. Show their interactions outside of the salon and the bar. Have them talk about something besides the conflict of the week. I want to do more than skim the surface of the characters and the plot. Let's dig deeper, people!