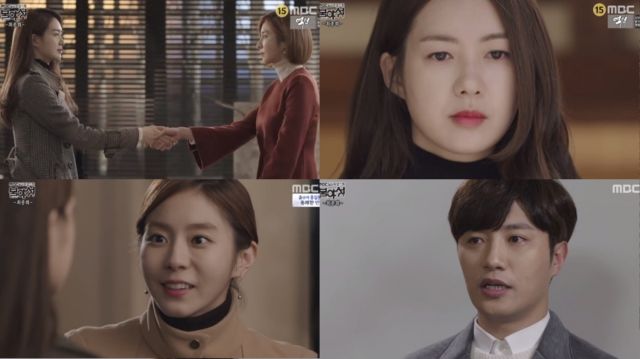 Of all the flaws that have dominated "Night Light", by far the most glaring is just that no one ever seems to do anything. The few times this drama manages to pull off anything approaching excitement is when action is involved. Usually courtesy of Tak, who gets all the fight scenes. But by and large, the characters are content to just talk about stuff they're going to do rather than actually do anything remotely flashy.

Take Gun-woo. His flirtation with villainy is rendered ineffectual mainly because we've never seen him get his hands dirty. Even watching him delegate tasks is surprisingly dull. The hacking scenes, in addition to looking fairly goofy, are rendered rather moot simply because the objectives the characters are aiming at are horribly indirect. Nearly everyone in this drama is in a back-up support role, which by definition is among the least exciting stuff going on at any given time.

Consider how Se-jin has barely done anything this episode or the last even though her coming back to work for I-kyeong was supposed to be this big dramatic turnabout. The prospect of a life for Se-jin after I-kyeong is also discussed here, and is typically boring because we never actually saw Se-jin learn anything. We have no reason to believe in or care about Se-jin's future because up until now all she seemed to want was to stop I-kyeong from being mean for some reason.

I-kyeong herself remains hopelessly enigmatic. As in, when she makes a "joke" about the reasoning behind an apparently inexplicable decision, it comes off as a plausible explanation simply because I-kyeong's motivation varies all the time apparently at random. In full perspective, I think I-kyeong being difficult to read throughout "Night Light" was more a function of Lee Yo-won herself not understanding I-kyeong than it was an intentional function of the script.

Overall "Night Light" is a massive disappointment that completely fails to live up to the high concept of its premise. There were so many problems with the most basic problems of viewer engagement that the whole project feels fundamentally doomed from a lack of purpose. How else am I to explain the flashbacks only deal with the genuinely good scenes in the drama, most of which happened way back in the beginning and were never convincingly expounded upon? The production team itself knew that they ran out of ideas way too early.