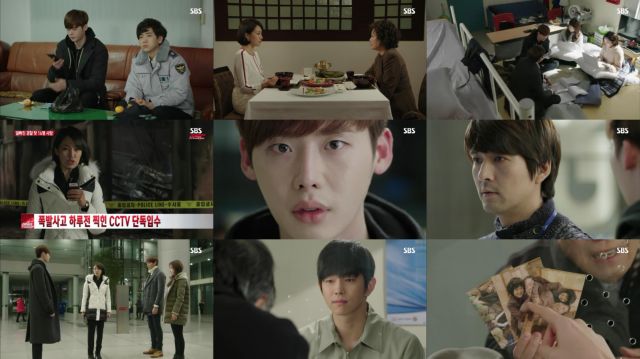 While I can appreciate the effort "Pinocchio" makes here in trying to expose corporate malfeasance, the current plot hook really only feels tangentially related to plausible journalism. Beom-jo doing a news story about his mother's company is...well, the guy really should have either been recused or not called up for the assignment at all. His very presence on the scene is a pretty harsh indictment of the journalistic integrity of his company.

For what it's worth, the episode here is less about story as it is trying to set up Ro-sa as a plausible villain. It's an odd creative decision given the generally positive way her character has been exposited thus far. The clips at the end even emphasize this, by showing off of a scene where the whole joke is that she's playing against the typical stiff heartless chaebol character type. Discovering that she actually is somewhat heartless here isn't necessarily out of step with that. A woman can absolutely love her son while still being cruel to relative strangers. The tone shift nonetheless remains a bit jarring.

It's still necessary, though, for the sake of setting up what appears to be the true background regarding the accident that set off Dal-po's character journey. Several facets of the storyline which had up until now been played off as a coincidence now take on rather ominous proportions. While it's somewhat nice that Beom-jo now has clear character motivation beyond In-ha, the fact that he has so much story relevance now just makes me feel bad for Yoo-rae, who is as yet lacking in that department.

What's particularly perplexing is that "Pinocchio" appears to have given up on the conceit of the four main characters working for completely different news organizations. I could actually buy this as an eventual result of In-ha and Beom-jo ultimately turning against their mothers for the sake of doing the right thing. The problem is that they haven't actually come to any decisions like that yet.

Tangled as the storyline's issues may be right now, there are some bright spots. Jae-myeong and Gong-pil are absolutely great in their one scene together, and I hope to see more along these lines. One of the nicer thematic points of "Pinocchio" is its exploration of non-traditional relatives, and how just because someone is a parent by blood doesn't necessarily mean they warrant unconditional respect. Given the larger set-up here that may be what the drama's going for- for the moment, though, I remain cautious.