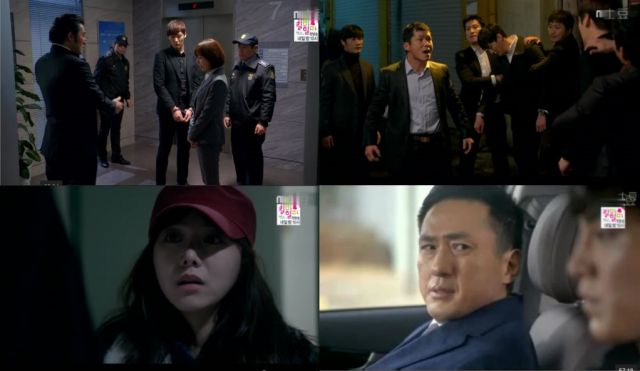 You have probably noticed throughout this drama that every so often Dong-chi and Kang Soo get into a big fight with a huge mob of men who appear to be gangsters, although they have somewhat more legitimacy than that. The loose end resolved this episode regards the existence of this large mob. They're not really brought to justice exactly- that much will likely be beyond the scope of "Pride and Prejudice". The main point of this segment is to emphasize that these back room deals are being dealt with in the immediate sense.

It's an important reminder after the maneuvering Yeol-moo pulls at the beginning of the episode to get Dong-chi out of being arrested. The whole incident is suspicious, and Dong-chi knows that it's suspicious, but with all the messes that still need to be cleared up he's really not in a good position to argue. Everyone needs to hang on just a bit longer to see matters through to the end.

The last mystery is, as usual, what's going on with Hee-man. It really is impossible to tell whether he's actually genuinely angry or just faking a certain level of indignancy to make sure that everyone else keeps their investigation moving in just the right direction. What's particularly puzzling is that Hee-man appears to be leading himself up for the fall- which might or might not be deserved, going by the cliffhanger. 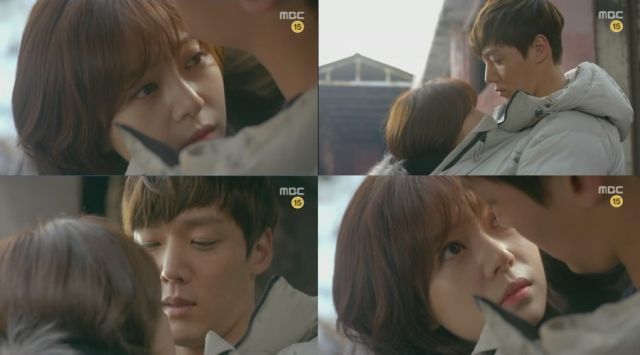 As usual "Pride and Prejudice" deliberately keeps the situation murky enough that the situation mostly defies coherent analysis. And as usual this is clearly a deliberate choice made by writer Lee Hyeon-joo, another legacy of her work on drama specials. Frequently, essential information is withheld until right at the end, with the intention of putting everything that happened beforehand in sharp relief.

The problem with using this kind of narrative storytelling in a long-form drama is, well, it's pretty much "Pride and Prejudice" in a nutshell. While cute scenes involving Jang-won and Gwang-mi are immediate, obvious, and adorable in execution, everything else takes place in an enormous interconnected web of mysteries and peripheral storyline points. I wasn't sure everything was going to be answered until this episode dealt with the question of the gangsters, and the incident with the car at the end also indicates that we're probably going to get an absolute confession. But it's only in the context of full interpretation that any of this will make sense.