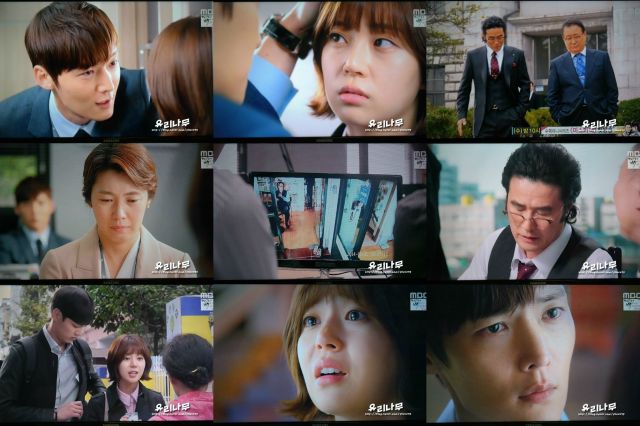 The emphasis this episode is on office politics rather than an actual mystery. I suppose it was inevitable, really. Yeol-moo is still a greenhorn investigator, and what with all the general heroism of the first two episodes, she hasn't really had a chance yet to appreciate the fact that they can't save everyone. What's more, even mostly sympathetic characters can come off quite heartlessly when placed in a situation where they can either go home or follow-up on mostly useless clues.

It's the reality of life, but the conflict here comes from the fact that Yeol-moo, like most people who get into this line of work, started out with some idea of heroism and doing the right thing. A jump into flashback territory establishes that a very specific event is what inspired her to get in to this profession. So it comes as little surprise that Yel-moo is determined to see the case through even if it doesn't befit her station.

This is actually more of an expository episode than anything "Pride and Prejudice" has given us so far, in that we finally get a sense of character motivation. The timing is to the credit of writer Lee Hyeon-joo. Had the narrative been more traditionally structured, Yeol-moo would have come off as brazen and clueless. By this point her value to the team is clearly established, so when Yeol-moo makes a moral argument, even if it's a bit of a cliché her points come off a lot more convincingly.

The drama also does well in regards to the relationship between Yeol-moo and Dong-chi, justifying its entire existence in the storyline. While we don't actually get quite that far, it's obvious that Dong-chi is going to be the reason why the investigation goes forward in spite of objections from management. But the reason why he's willing to put his own neck on the line for an apparently random case underscores a much deeper personal question than his just wanting to help out a love interest.

"Pride and Prejudice" remains engaging, even if the pacing here has mostly moved down to a crawl. I'm willing to accept a little bump like this, though, because it does a lot to ground the drama in reality. As much as I liked the genre investigations of the first two episodes, that was going to wear off eventually. Sooner or later, however exciting a new job is to us, we have to accept that it must be done in certain unpleasant ways.