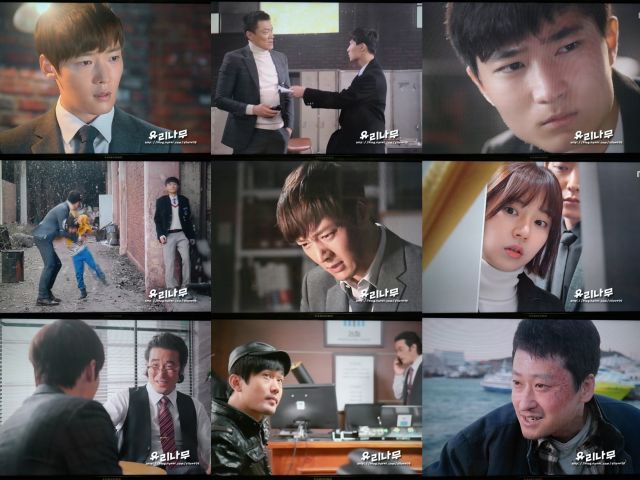 We open up with an exploration of Dong-chi's involvement with Yeol-moo's little brother's case. No information is hidden here for the sake of dramatic impact later on, even if the entire set-up to begin with was a fairly fantastic coincidence. Even though we know how the story's going to end, there's quite a bit of tension going on with young Dog-chi. On a basic level, this is the story of his greatest failure, even if at the time he was just a kid with no way to know how to handle this kind of crisis situation.

It's an effective bookend for the cliffhanger- which in this case isn't much of a cliffhanger. The big dramatic event has already happened, and one member of the team, like young Dong-chi, is stuck with the realization that they screwed up. From a storytelling perspective mavericks tend to be favored in this kind of genre fiction, so I really like how "Pride and Prejudice" consistently and forcefully makes the point that this kind of investigative work requires skill, planning, and careful reasoning of the situation. Improvisation needs to be avoided at all costs- therein lies the main risk.

While I don't generally like to do comparative analysis, "Pride and Prejudice" frequently invites these comparisons simply by being unusually down-to-earth. The classic vomiting cop cliché makes an appearance here. Unusually, the event that provokes the reaction isn't all that gruesome. It's just a dead body. Watching too much television as I do dead bodies seem rather unremarkable. But honestly, in a real life situation? I doubt I'd be all that blasé.

Not all is necessarily all that great, though. It appears that the kid from the last case will be appearing in the drama long term, and I'm really not sure the addition to the cast is helpful. I just don't see the point. "Pride and Prejudice" is at its strongest when the focus is on the investigative work. Admittedly the investigative work is somewhat convoluted here, and runs dangerously close to repetition, so this reprieve is not necessarily a bad thing.

The fundamentals of "Pride and Prejudice" remain strong. Because this episode is well-spaced between the three plot points of Dong-chi's past, the fate of the kid, and the new investigation, there's no issues with pacing and a clear conflict is set up for the next episode regarding the fallout for what happens when there's been an error on the part of an investigator. All the same, outside of the first portion, I didn't feel too invested about anything that happened this episode outside of Dong-chi's story, so there's room for improvement.