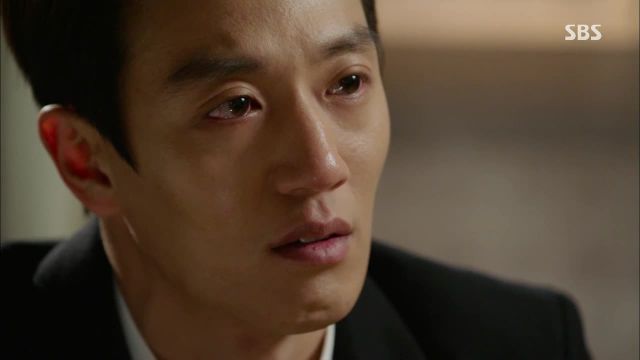 Despite all the lies and corruption that pervade "Punch - Drama", what makes this show great is the honesty and rawness of the emotion it conveys. Very little about the show in writing or execution is haphazardly done. And, like with his previous dramas, Park Kyeong-soo delivers quality work well into the show's run time with his exploration into the darker side of humanity and loads of mind games. Oftentimes writing flags come mid run, but not "Punch -Drama".

As the drama progresses, it digs further and further in Jung-hwan's psyche, and into the kinds of change the pressure he is under forces him to make in his thinking, in his person, in his lifestyle. He may only have little time left on earth, but he is making that time count. He has begun to open up to his loved ones in a slow, heart-wrenching process that makes the past ten episodes of working open his clam shell exterior worth the wait. Scenes between him and his mother, and him and Ye-rin are short, but exceedingly sweet and powerful. What I enjoy so much about this drama is that lengthy screen time is not necessary to make a statement - it's how the scene is put together.

In that same vein, Kang-jae isn't often shown with his family, but even as a villain he is pitiable and relatable when his family is used as a bargaining tool by Jung-hwan. A villain that can make a viewer feel undecided despite the incredible amount of evils he has committed is well crafted indeed.

I must mention a particular moment with Tae-joon when he dismisses Kang-jae from his service and drinks both beers alone. Up until that point he has always dined with another, be friend or foe. Now his corruption has isolated him.

Overall, "Punch - Drama" keeps me guessing. It keeps the mystery and anticipation high and gives us a main character who I can get behind. Jung-hwan wasn't a hero. Not even close. But as time moves on, he gets a little closer to being one. He grows. The people around him grow and change. I look forward to seeing what curveball the drama throws next. Bring it on!