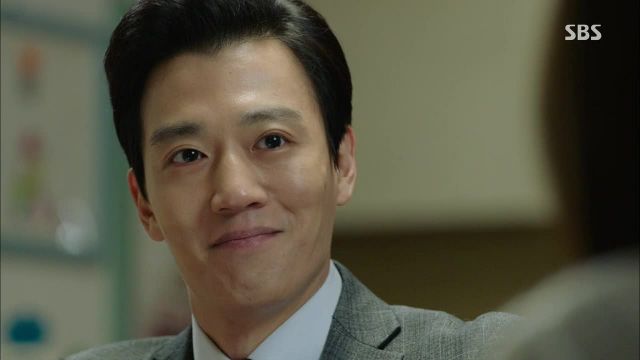 There are very few people in "Punch - Drama" who are not selfishly motivated to the point that they will sacrifice others as a means to an end. Jung-hwan was once a man like that, but has thankfully changed. Unfortunately, his opponents have no sense of loyalty and will choose sides based upon which is most advantageous.

This wasn't always true. In fact, up until this episode, Tae-joon had a very twisted sense of loyalty. He stayed true to his family. He reluctantly betrayed Jung-hwan and cried over the moral distress he felt. But now he has nothing to lose. He has deserted his allies because of the twisted mess he concocted for himself and he's the most dangerous he's ever been. Half of the power behind Tae-joon is the excellent, decisive writing. The other half is the masterful performance given by Cho Jae-hyun. He has an almost overwhelming screen presence that makes him a strong villain and allows for his character to be pitiable despite all of his foibles.

A character I haven't much mentioned is Jo Kang-jae. He is Tae-joon's pawn and a powerful man in his own right. However, he is Tae-joon's shadow. He makes very few decisions himself save for which path to follow to most quickly and easily get his way. Episode 16 exposed him fully as a dependent, selfish man who is not worth hating, but is very easy to pity. He's wonderfully written and finely acted. Kang-jae is so pathetic that he only cares for Jung-hwan's health to the extent that it affects his personal well-being. It's detestable, and yet, Kang-jae is pitiable all the same.

There is a certain beauty in Jung-hwan's illness. He has hallucinations that make him believe he is living at an earlier point in his life. This episode had him reliving when he was truly passionate about the law, about Ha-kyeong, and about doing the right thing. It shows that his heart was once like Ha-kyeong's, and that they were very much in love, very close, and that he hadn't always been Tae-joon's right-hand man with compromised morals. It also allows for Ha-kyeong to come face-to-face with the man she fell in love with and the man he used to be. It brings her closer to him, and brings him closer to us. It humanizes him even more and adds layers of sadness to his story. His impending death cuts short the change we see in him.

"Punch - Drama" is so well-formed that is hasn't lost a moment of steam in sixteen episodes. With three more to go, I have no doubt that it will continue to uphold the quality that it has given us for the past eight weeks.