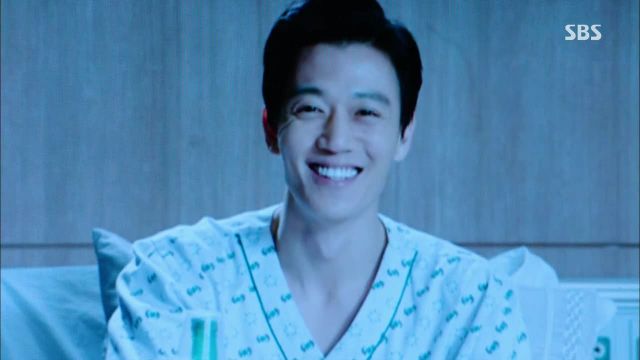 "Punch - Drama" is over and I'm feeling a little numb. What a ride it gave me. It was one of the strongest dramas I've seen, despite a few live shoot glitches. The writing was more than solid - it was inspired. The acting was heartfelt, the direction was clear and clean. Mostly, it was the impeccable writing and the ability of the writer/director pairing to keep the story, and me, on our toes, as each expectation was subverted, played upon and turned into another exciting event.

With the constant tension and battles between Jung-hwan and his enemies, there was barely a second to breathe . All of that buildup led to such satisfying payoff as the bad guys got their just deserts: Tae-joon, former Minister Yoon, and Ho-seong went to jail. Tae-joon found his friendship with Jung-hwan at the end, the friendship that was subverted by circumstance and greed. Tae-joon's choices against friendship always came at an emotional price, which is why he was such a great character. His relationship with Jung-hwan is what dramaland would call a great bromance. Minister Yoon did not learn at all, not one thing, even at the bitter end as she was carted off for a fifteen year sentence.

One of the many things I loved about this show is the way it made parallels. Tae-joon to Jung-hwan. Ho-seong to Yoon. Yoon to Tae-joon. The use of food, especially jjajangmyeon, to make emotional, political, threatening statements. The use of soju in the scene where Jung-hwan recorded himself drinking as a last gesture towards his old friend; a gesture that was once use in a malicious manner, and is now a potent memory. Using Yoon's statement that everyone is equal in the face of the law, and then receiving her punishment according to that statement that was hypocritical on her lips, but just in action.

Let's look at Jung-hwan, an amazing character. He was crooked and seemingly incorrigible for almost all of the first half of the drama. He did wrong and did not even think to change his ways despite his extremely short lifespan. Slowly, Ha-kyeong and the love of his family chipped away at the parts of him that let him get away with cruelty and wrongdoing.Slowly, Jung-hwan began to change himself, bit by bit, inch by painful inch. His journey was in direct opposition to Yoon who ended up completely wrapped up in herself. Kim Rae-wan gave the performance of a lifetime. I have nothing more to say but that he threw himself into becoming Park Jung-hwan and left his mark on television drama.

Opposite him was the magnificent Cho Jae-hyung as villain Lee Tae-joon. Jo made Tae-joon a character I could both hate and pity - along with the rich writing. Tae-joon had so many layers that motivated him. Each decision was fraught with angst. He was so powerful on screen. Even in the end, while under arrest and drinking soju with the video of Jung-hwan, Tae-joon was magnetic.

The use of flashback in this final episode was greatly appreciated. The snippets weren't long at all and only functioned to remind us of key events as "Punch - Drama" wrapped up and Jung-hwan kept each of his promises. He took responsibility for his actions; his impetus propelled Ha-kyeong and Yeon-jin to stick Yoon and Tae-joon behind bars. His got his sister married and prepared his family for a new family life after his death. He showed those he cared about that he loved them. He gave his heart, both literally and figuratively, to Ha-kyeong. I really love that metaphor.

Yeon-jin, a key, but not always magnetic character, has always been Jung-hwan's right-hand woman. She is the conveyor of information and she continues to be until Jung-hwan's last breath. I like how he promised her a future in politics and that she would help put two horrid leaders behind bars - and that she did, and it changed her for the better.

I love that Jung-hwan's death wasn't the focal point of this finale. In fact, his death was used to highlight how he lived his life and how his life impacted others. As often as he told his daughter Ye-rin to live like Ha-kyeong, he, too, had learned to live like her. "Punch - Drama" was not all about death. It was about living.