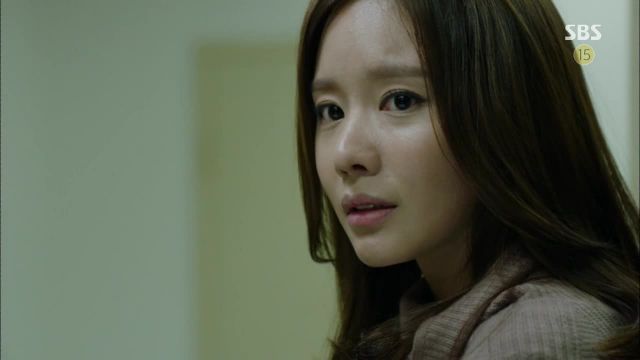 "Punch - Drama" gets more riveting with every episode as the drama delves deeper into the past, thickens up the plot of the present, and further muddies the future. Jung-hwan is on the brink of death, so this episode highlighted his past and the present doings of those around him, namely Ha-kyeong, Tae-joon, and Kang-jae.

Ha-kyeong still loves Jung-hwan despite his greed and inability to break away from the sickly symbiotic relationship with Tae-joon . She hopes to make Jung-hwan as honest and straightforward as she is once he wakes up from his coma. With the flashbacks provided this episode it is easy to see why she thinks she can bring him back to the light side. But it is also easy to see how ambitious he was, and is, and that it will take something huge to change him. His own death did not spur him away from wrongdoing - perhaps having Ha-kyeong's life on the line will bet that catalyst. He's such a twisted character, that Jung-hwan. He can't be called a hero. He is, in every sense, a tortured villain who will fight for the rest of the drama for his personal redemption.

However, Tae-joon is the most fascinating. Jung-hwan is very much like Tae-joon in that he is brilliant, knows right from wrong, and still chooses wrong in order to achieve his ends. Tae-joon has the same attachment to Jung-hwan that Jung-hwan feels for him. He agonizes over hurting Jung-hwan even as he lies in a coma and yet, he still chooses the wrong path to achieve his ends. At his side is Kang-jae who is nearly a replica of Jung-hwan: ruthless, ambitious, clever. When Jung-hwan wakes up and realizes that Tae-joon, his mentor/father figure and Kang-jae, his career enemy have falsely accused Ha-kyeong of murder, it will hopefully shine light onto his ambition and show that it really wasn't worth the horrible things he had to do to achieve it. And that's what makes "Punch - Drama" so exciting - the fact that Jung-hwan is so incredibly flawed that he needs a huge catalyst to change.

There are small things throughout the show that make the smaller characters real. Jung-hwan's sister struggles over telling their mother the truth about his condition. Unlike Jung-hwan, his sister chose truth. A prime witness' wife begs Ha-kyeong to bring him home because she's making more money now and can care for the family. The woman is not onscreen for more than a few minutes and still there is a connection to be made with her. That is powerful writing and powerful direction.