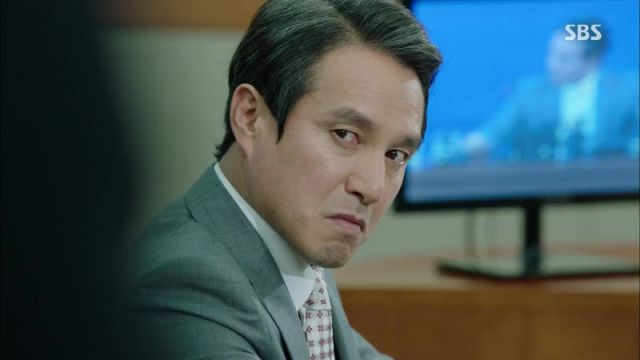 "Punch - Drama" does nothing if give itself 100% to being a riveting, high-quality drama. It depicts the worst in people and the best in people. It shows how quickly people change and uses clever devices to do so. Sharing a meal has never held so much meaning.

Food is a central device in "Punch - Drama". Meals have always been a time for interaction between families, friends, and politicians and this drama capitalizes on that engrained social importance. Major exchanges in the show happen over meals, where each food's meaning is used by the characters to send messages, threats, and convey emotions. It's fantastic! Truly. Each time a meal is planned, it's a time for anticipation. In this episode Ha-kyeong gives Jung-hwan tea to help him feel better in his last days and the exchange is mostly silent, but is one of the most powerful scenes in the show.

Verbal silence is another oft, but well-used, device in "Punch - Drama". The camera work and the way it tells the story is just as effective as the actors' spot-on work. Emotions are conveyed with facial expression and don't need dialogue to make them clear. Many character changes happen in these silent exchanges, most notably Yoon's switch to the darker side of politics. She verbally denies that she has become more like the primary villain, Tae-joon, but a smirk of satisfaction during a wrongdoing is all that is needed to tell us that she's gone to dark side.

Yoon's character is growing more complex as well, which makes are a good counterpart to Tae-joon. Her interest lies in how she fights turning into Tae-joon and how that forces Ha-kyeong to realize that her mentor is no longer the upstanding woman she believed her to be. Yoon uses the very law she tried so hard to uphold in its purest sense to hide behind, which is what happens with the crooked, but is effective when the woman falls farther away from her goals. 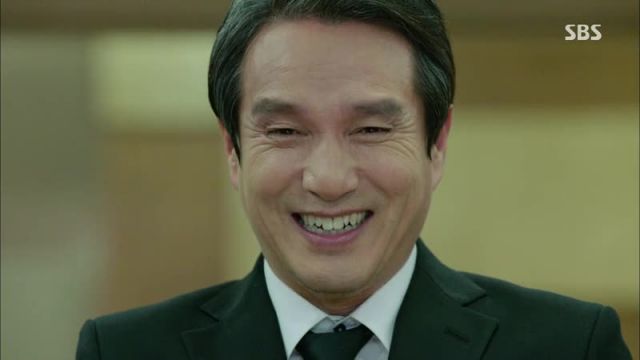 As for Jung-hwan, he is taking a different path than I imagined he would, but it is no less exciting. Ha-kyeong still struggles to make him walk the straight and narrow, but he wants justice at any cost, even if its his own freedom and happiness. He will sell himself to save his daughter and Ha-kyeong. That's what makes him, and has made him, so powerful an opponent. Tae-joon discovers this the hard way. The rivalry between the two is exquisite in execution, especially with the long, friendly history between them. It makes the one-upmanship in this episode much more loaded.

Ha-kyeong is the only one who still retains the youthful desire to do right by people using the law. It's a hard battle she fights, especially when the one she is protecting, Jung-hwan, shirks her views. Her struggle is similar to Yoon's just like Jung-hwan's was to Tae-joon's. But Ha-kyeong is holding out, doing things the right way. Hopefully, she'll get Jung-hwan to walk the honest road before his last breath.