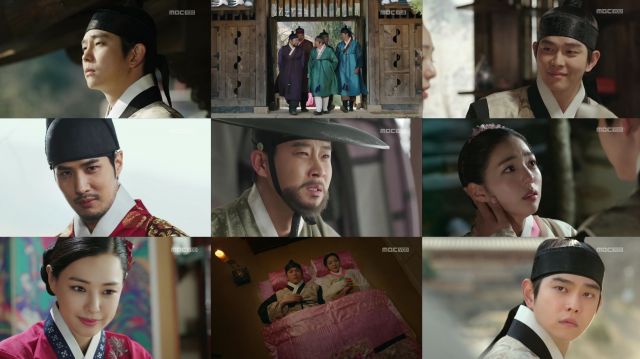 I realized this episode, with some trepidation, that far from having a clear goal in mind Gil-dong's entire operation is little more than an organized crime outfit. Granted, they tend to go after people who probably deserve it. Even so, beating up people on the street who are rude little jerks seems a bit beneath the lofty visions of "Rebel: Thief Who Stole the People" and indeed, if we take the position that might makes right that uh, kind of validates the entire unjust system Gil-dong is supposed to be fighting against.

That analogy is only made all the worse by how the only particularly villainous thing to happen this episode is that some guy from a previous episode shows up and starts leading a peaceful protest against Gil-dong's political allies for allowing Gil-dong's goons to go around unmolested for committing crimes in broad daylight. It's kind of hard to hate him for that. Especially since once again, I can't actually remember why this guy was ever even a villain in the first place.

The romantic subplot is, by comparison, fairly easy to parse. There's even a great kiss scene hidden in there, and even a bed scene to go on top of it. Now, granted, the main thing Gil-dong and Ga-ryeong have going for each other is that they're both young and kind of stupid. How young and how stupid seems to differ depending on what they're doing at any given moment, but as far as romance goes, it's all cute.

Where plot is concerned progress is more ambiguous. Probably the most interesting thing to happen is that we've finally confirmed the specific role Eorini will have- as Nok-soo's handmaiden. That's good for her, although it once more pushes the reunification of the three siblings and the potential conflict of their overlapping goals ever further into the distance. As usual, "Rebel: Thief Who Stole the People" is a waiting game.

And as usual, I'm left feeling impatient as to when or if the story is ever going to take on the epic dimensions promised in the first episode. As a general casual historical drama there's nothing wrong with "Rebel: Thief Who Stole the People", and indeed, if Yoon Kyun-sang was just playing a general street ruffian trying his best to find happiness in imperfect times, I'd probably like the drama quite a bit more. Dragging Hong Gil-dong's name into this greatly alters the expectations.