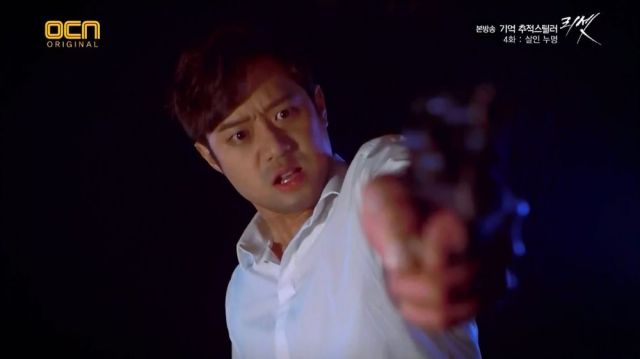 OCN's crime shows have so far been mostly a combination of procedurals and a main story. This has had its good points and bad, a good one being that things never got boring with case after case, a bad one being that the main plot of things was usually too superficial and stretched out. "Reset" focusing solely on the main story was a bold move. The question is, did it pay off? Given this was a new approach for the station, the answer would be somewhat. The show has a lot of problems, but it is a worthy attempt at what it tried to do.

Cha Woo-jin (Chun Jung-myung) is a prosecutor under hypnosis therapy for two major gaps in his memory of the past. When he meets a young woman, named Eun-bi (Kim So-hyun), who is involved in a murder case, he is shocked to see she looks like his first love who died 15 years ago. A string of cases related to his past surface, all controlled by a mysterious mastermind called 'X'. Woo-jin struggles to piece his memories back together, understand why he has become a target and catch the killer. As mentioned before, focusing on a main mystery related directly to the lead means that there are more opportunities for character development and a solid and packed plot. This is true for "Reset" as well. Despite not having the aid of new characters and cases all the time, the mystery is complex enough and stakes high enough to keep one invested. The fact that the series plays with the morality of its characters up to a point is also a good turn. Pure good guys are liked, but they are also boring. Woo-jin is far from flawless and that makes him interesting.

The series does very well in building tension and when it comes to how the mystery is structured and when looking at it in its entirety, it is very simple, but also hard enough to guess from the beginning to make it intriguing and challenging. However, this is also ultimately the source of problems here. The biggest flaw of the series is its lack of consistency in pacing, characterization and also keeping the mystery coherent.

By the end, there are many plot holes, many things that do not make sense and there is a lot of repetition in terms of plot devices, but also convenient changes in the characters that do not fit their original and usual demeanor. Then the show finds its pace and things become exciting, before everything suddenly crumbles again. The overall quality of the plot is not bad and these issues are nothing new in dramas, but with some better planning and execution, this could have been a lot tighter and it could have solved more of its issues. The other regrettable element is how certain parts are abandoned and left unsolved. Woo-jin's ability to hypnotize is very unrealistic and is eventually swept under the rug. Eun Bi's character resembling his past love is never explained or plays a part in anything other than their acquaintance. And Eun Bi herself is burdened by the fact that she is a minor and not working in law. She ends up being of little use in the plot and since she cannot fight crime or be a romantic interest, she is a simple "innocent" and a constant damsel in distress.

"Reset" has a lot going for it. Despite the two leads not connecting much, the camaraderie between the main four characters works well. The mystery is engaging and Woo-jin's role in it much more appealing than that of a standard victim. Woo-jin's journey of morality and fixing the consequences of what happened in his past are gripping and the show feels like a fun 10-hour movie, in a way. However, it should and could have been a much better structured experience with better writing and use of its strengths. Still, "Reset" is mostly an entertaining show.