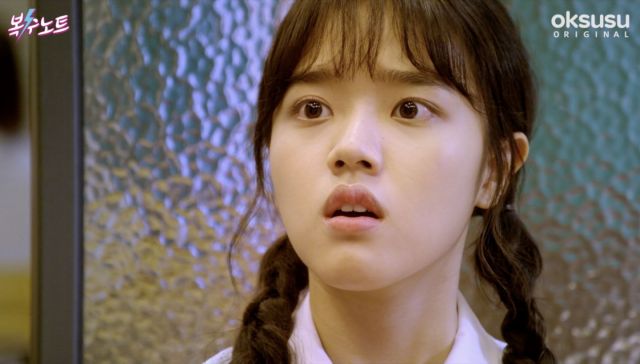 So Goo-joon's purpose has now been fully justifed to me. He is Goo-hee's terrible, evil older brother who constantly teases her yet is frustratingly difficult to get a rise out of. I liked how Goo-hee's revenge, though obviously satisfying to her, does not actually result in Goo-joon suffering on-screen. Because why would he give her the satisfaction? Goo-joon just does what terrible older brothers always do, and find more trifling ways to annoy Goo-hee that their parents will never believe because Goo-joon is oh-so-perfect.

Even though the "Revenge Note" application is used twice here, both times in very impulsive situations, there's no hint of Goo-hee giving in to its dark evil powers. I found this a little odd. That's it, really. I don't consider this bad storytelling because the "Revnge Note" application is just a story device to force conflict. Without it the drama is a fairly standard high school romance that's elevated by sincere performances on the part of the leads. 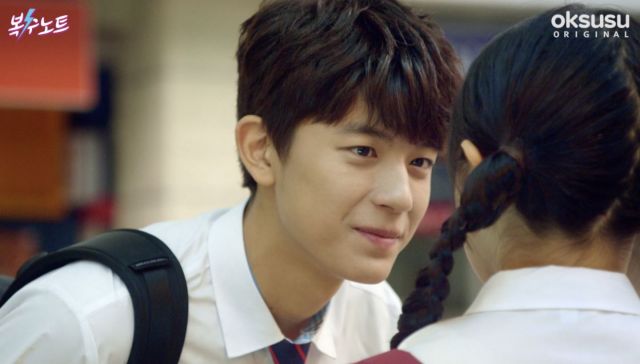 The direction helps a lot with that. It's essential that all the action takes place from Goo-hee's perspective, because it allows other characters to superficially manifest as thin archetypes even when we can see their personalities are more complicated than that. Ji-hoon is so obviously an unobtainable teenage dreamboat that it comes as a genuine surprise when he is expressly forward with Goo-hee romantically. Goo-hee is a girl who has trouble seeing herself as desirable even when she's already had a boyfriend.

Who also comes back. Alas, the "Revenge Note" application did not murder the boy, it just humiliated him for awhile. And again, good perspective storytelling works wonders. As far as Goo-hee is concerned, the ex-boyfriend, much like her brother, exists solely to torment her. Even when better context is provided we still see the situation mostly through Goo-hee's teenage tunnel vision. She can only process the motivation of other characters as it relates directly to her. 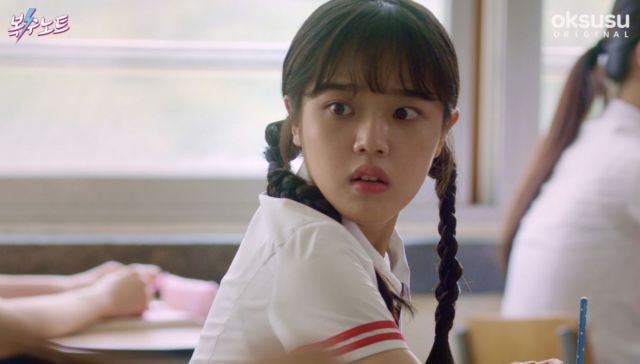 This has the interesting effect of making Goo-hee self-centered, yet still perfectly sympathetic as a character. This is because we can clearly see that while other antagonistic characters have the same fundamentally selfish perception of the world, Goo-hee makes an active effort to avoid embarrassing other people. Overly complex plans and petty spite aren't really in her character. So it's easy to smile at Goo-hee's successes, even when they're as indirect as Ji-hoon making a special effort just to get Goo-hee to smile.