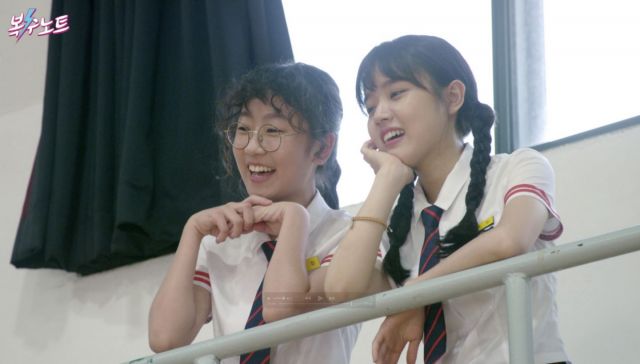 So this time around the victim who Goo-hee attempts to help with the titular "Revenge Note" is an old friend with whom Goo-hee had a falling out, so we get a lot of flashbacks. In flashback, Goo-hee has shorter hair which makes her look older. This isn't a huge deal or anything, it's just counter-intuitive. Also it's the same haircut Kim Hyang-gi has in "Along With the Gods: The Two Worlds" which immediately made me realize, huh, I didn't notice that was her too.

Anyway! The plot in the present day is just about how certain teenage boys can't be trusted, and also how girls need to be careful when it comes to illicit pictures. It's a decent moral lesson, I guess, although it's nowhere near as interesting as to the story of how Goo-hee lost her friend. It's a simple, ironic story of how they came to be together by loneliness, yet the same factors causing the loneliness were ultimately what pushed Goo-hee away. 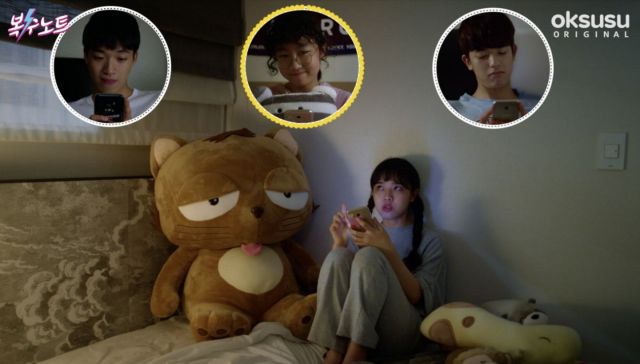 The happy ending, which results in Goo-hee's friend going back to her fair weather companions is vaguely ominous. Of greater interest was how the villain figured out that the "Revenge Note" application is what caused his humiliation. I liked the touch of how the snooty mean students here, as opposed to the low brow Zombie Club, are always speaking in fancy schmancy English and acting totally superior to everyone else. Class signifiers notwithstanding, these are genuinely horrible people.

But who knows if they're going to show up again, since come episode sixteen "Revenge Note" has promptly switched gears to a completely different story. The outcome here is somewhat less predictable than the previous story, which didn't really have any suspects. The main question is what kind of twist we're going to get. I find it very unlikely that the teacher is just going to be sexually abusive full stop, considering that "Revenge Note" already did that storyline. 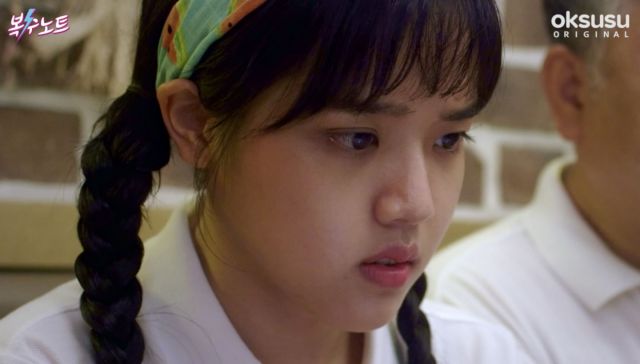 Short as this drama is I do get the impression that writers Han Sang-im and Kim Jong-seon-I are running out of ideas. In all fairness there's only so many villains that can be uncovered at a single high school before the sheer scale of evildoers concentrated in one location gets to be implausible. We're already leading up to Goo-hee trying to discern the true identity of the "Revenge Note" app maker. I'm guessing Deok-hee, since she got such a prominent role in episode fifteen as a hacker.