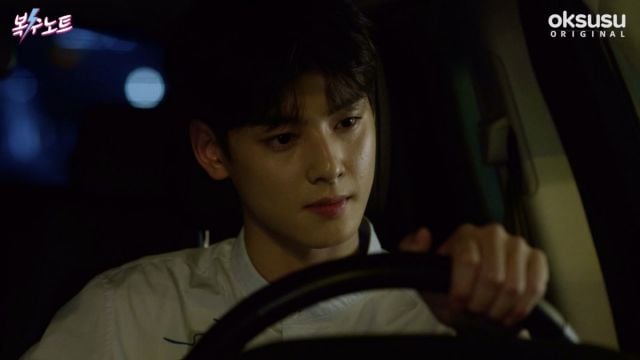 So the antagonist in episode twenty is not that mean model with a crush on Ji-hoon, but rather someone else who just decides to make life miserable for him for no obvious reason. The mean model reappears for the last two episodes though, and her takedown is about the same as everyone else we've seen so far. There is one minor break in formula- Goo-hee loses access to the "Revenge Note" app, so the mean model ends up being taken down by other means.

All of which goes to the main issue with the premise, which is really just that it's poorly used. We've gone from quasi-supernatural events to just pre-existing character actions resulting in the same outcome. Well, I guess there was that bit where the episode twenty villain ends up getting taken down by a malfunction in her recording device. But then "Revenge Note" has been hyping the idea of how maybe Deok-hee is a computer expert, so maybe she hacked into it, somehow. 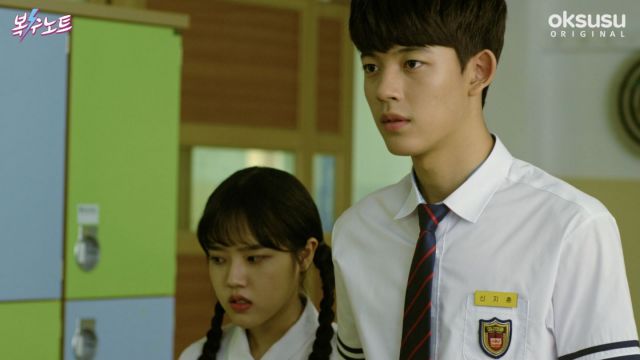 Any questions about how the "Revenge Note" app actually works are intentionally left unclear by the ending. Director Seo Won-tae even includes a special mystery screen shot asking who was really responsible, as if to taunt us for the fact that this plot thread was never resolved or even developed all that much. "Revenge Note" has been episodic to a fault, which is why the ending appears to imply that Goo-hee gave up on the app simply because she has run out of people to take revenge on.

So in full perspective the main part of "Revenge Note" that holds strong is the high school romance aspect. The epilogue explicitly underlines this, with Goo-hee asking Ji-hoon what he even sees in her, and Ji-hoon giving a very honest and humorously misinterpreted answer. Everything about that situation and really, every situation in "Revenge Note" is appealing because because the presentation is just so cute. 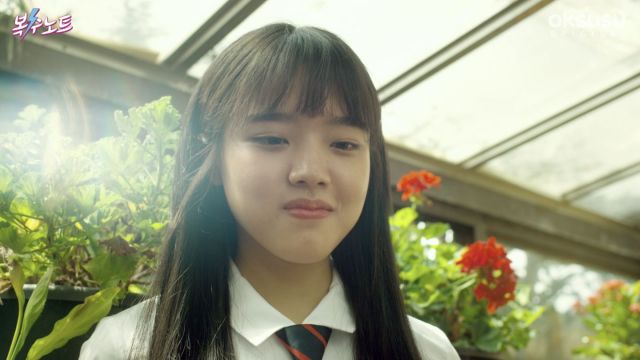 Take the birthday scene. It is fun because birthdays are fun, and Goo-hee has conditioned herself into believing that nice things do not happen to her. Which might be yet another good reason why she had to give up on the app. Goo-hee is too happy to really want to take revenge on anyone, which is why as times went on the cases became increasingly abstract from Goo-hee's personal interests. So I can get the character growth at least. I don't find it very impressive, but I get it.