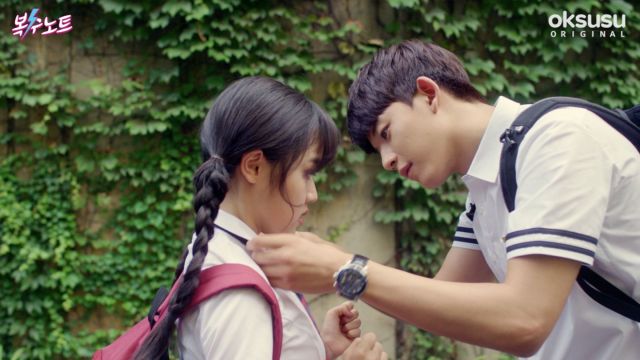 One of the odder aspects of the "Revenge Note" application is that it doesn't seem to suffer from any meaningful restrictions. Well, all right, it does have a recharge rate, as Goo-hee discovers to her chagrin, but earlier on she straight up punches in "Zombie Club" rather than the name of any individual member and surprisingly, the application is able to accept this request. The next time Goo-hee uses the application, she uses a nickname rather than a real one, and that works too.

The "Revenge Note" itself is, of all things, the most intriguing aspect of this drama, because it's not at all clear how the application works. Sometimes we get indications that it's straight up cosmic justice, like with the pool ball. But was that just a coincidence? Most of the other works of sabotage are well within the purview of a single motivated high school student to carry out in person. That still begs the question of who, or why. 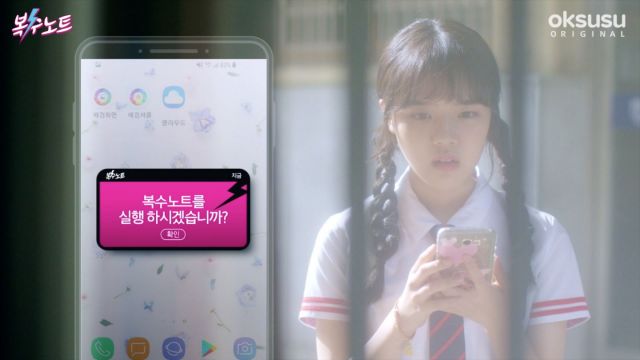 Thematically the purpose of the "Revenge Note" application is pretty easy to parse. Goo-hee has been handed a straight up magical weapon to deal massive humiliation to anyone she wants, for any reason...and yet, so far at least, the girl isn't holding much of a grudge against anyone. When Go-hee screws up using it at one point, she simply takes it upon herself to do the revenging personally. It turns out the process isn't as difficult as it sounds, mostly because bullies in this drama have trouble processing the idea that a victim is at all capable of fighting back.

But then it's also all a little too easy. Goo-hee has already easily defeated three villainous characters, four if you're counting the guy who was collateral damage. Also he may not have actually been guilty of anything. I'm very curious whether "Revenge Note" is ever going to address that possibility. If the main character is so invincible she defeats all comers-on easily, where else is there to go but self-doubt over whether she's any better? 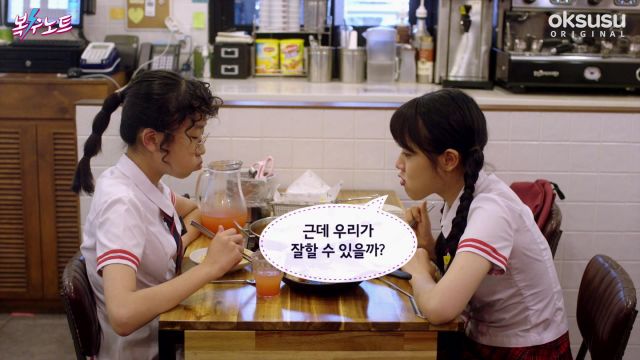 Well obviously there's still the whole teen romance with Ji-hoon. Or for that matter the whole extended cast, about whom we know relatively little because Goo-hee has been so heavily embroiled in her own little plots. I keep getting the impression that Goo-hee's older brother Goo-joon (played by Ji Gun-woo) is supposed to be important somehow. But so far we haven't really seen him do all that much.