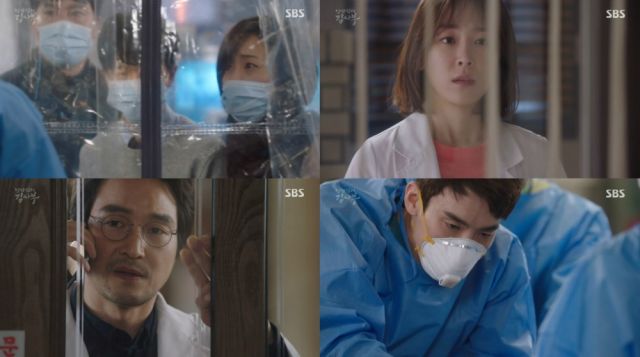 Episode thirteen of "Dr. Romantic" tackles the highly dangerous MERS and the responsibility medical care professionals carry in such potential outbreak situations. Sadly, the episode also uses this serious topic to kick its romance into a forced high gear through the heavy hand of danger. Doldam is in major trouble and someone I thought we knew makes a horrible decision and betrays a colleague.

Before getting to the problematic parts of the episode, I want to talk about Seo-jeong (Seo Hyun-jin) and how she has grown to be a well-rounded character with focus and agency. It is such a pleasure to see her handle situations without faltering, even when those situations turn unfair. The only other person who has been so bold with Chairman Sin (Joo Hyun) is Teacher Kim (Han Suk-kyu) himself, which reinforces my belief that Seo-jeong is the closest in his crew to become the idealistic doctor that he is. 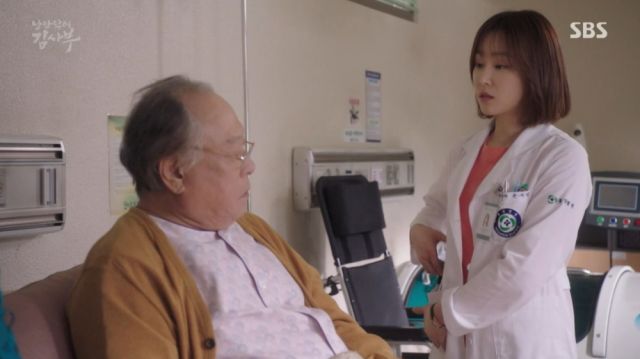 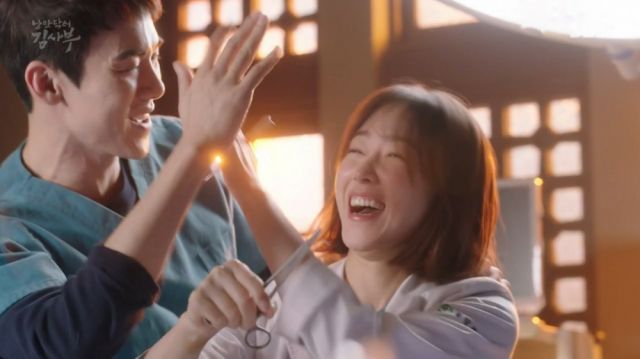 As for the romance, I think it develops well up to a point. The "romantic suturing" is a bit corny, but the series takes place in a hospital and therefore flirting can only happen in that environment. I also find the fact that the two lovebirds continue to be friends and good colleagues while flirting a nice touch. The series tried too hard in the first episode and Dong-joo's (Yoo Yeon-seok) behavior toward Seo-jeong has been problematic, but the drama was slowly addressing this.

Unfortunately the temptation in Dramaland always exists to get more romantic, which brings us to the problematic part of the episode; the use of MERS as a romantic plot device. Danger can generate honesty, but the panic of loss can also twist someone's arm when they are not ready for something. Using a serious topic to push Seo-jeong's feelings is a rather cheap trick, although not a surprising one, given the writer has a habit of rushing through important situations related to their main characters. 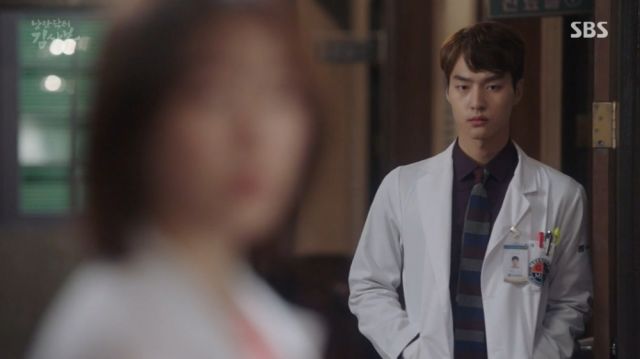 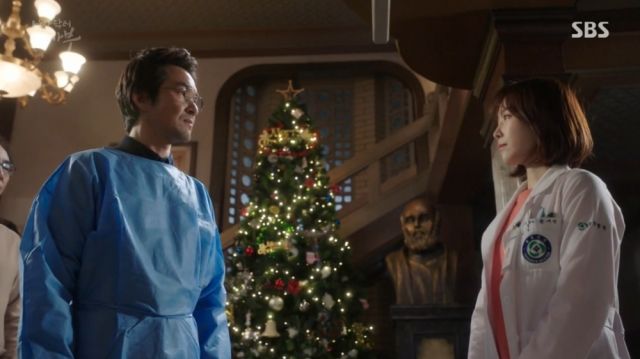 I just wish the creators understood that impactful drama does not need and is in fact only ruined by "soapy" elements. In-beom's (Yang Se-jong) turn toward the wicked and his trick to send Seo-jeong to her possible doom is also a sudden development which is highly out of character for him. It is a clear shock attempt and I wonder if it is also a way to reassure the audience their romance will not be threatened.

Whichever the case, the episode's interesting choice of topic and the portrayal of all the issues that it creates is quite thrilling. I just hope the creators will stop overshadowing or even sullying their good work by using their interesting material to force their narrative. The series has recovered from this before, so let us see if it can manage it again.