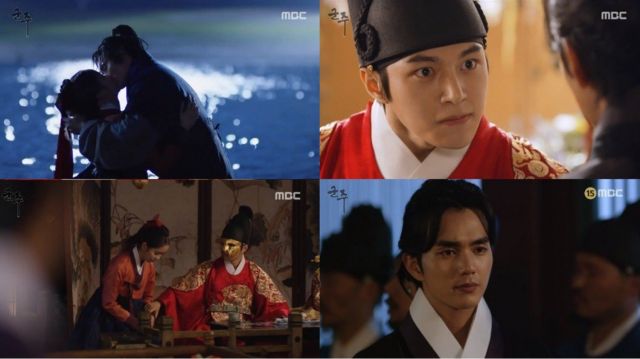 The entirity of episode twenty-one consists of a stupid plan that once again manages to throw Prince Seon into mortal danger while his allies are none the wiser. This storyline does, sort of, achieve its purpose of making Ga-eun do something helpful for once. Although really, I'd have been a lot more impressed if she had sniffed out the plot and taken action before the absolute last minute. Aside from the general incomprehensibility of the scheme, Ga-eun was in a perfect position to see what was going on.

I am admittedly being a bit unfair when it comes to incomprehensibility. While I felt bewildered watching the sequence of events unfold, by the end of episode twenty-two we get a Shakespearean plot device that explains quite a few of the plot holes in "Ruler: Master of the Mask" that I had long since assumed would never be addressed. More importantly a potential weakness in Dae-mok has finally been uncovered which could, at minimum, be used for counter-intelligence purposes.

Assuming Prince Seon ever gets around to actually fighting back against Dae-mok anyway. The speech at the beginning explaining his constant passivity is almost convincing. The problem is, what exactly is he waiting for? Note how the aforementioned Shakespearan plot device was not manufactured by Prince Seon, but for his benefit. It's distressing when all the action in the drama has to be spurred on by minor characters whose names I can't even remember.

And indeed, be forewarned that part of the reason why I found the plot twist so surprising is because I appear to have misidentified the relationship between two characters. Odds are you probably did too, since so little time was spent on the backstory I'm not sure it was ever explicitly stated what this person's relationship to the royal family was. Mind, the characters in the drama themselves were all aware of this. I simply made an assumption based on limited exposition.

Given that the error was technically mine, I'm willing to admit that there might be times when I am unfair to "Ruler: Master of the Mask". This does not excuse the endless scenes where the leads constantly exchange meaningful glances about the at this point gratuitous love triangle. It was with a sense of relief when a scene finally shows up that involves Prince Seon and the other Seon, who really ought to be on the same page with the whole Dae-mok issue, finally exchanging notes.