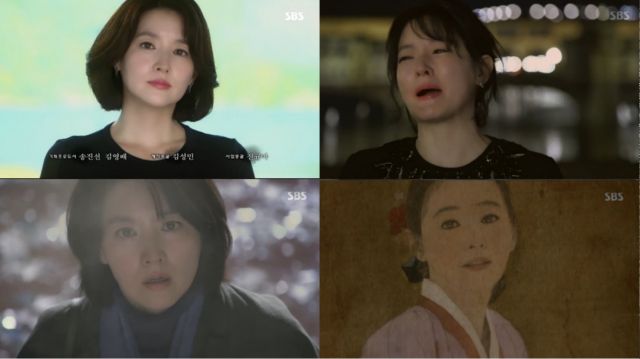 Long ago, the famed painter Lee Gyum (played by Song Seung-heon) was in Renaissance-era Italy. What exactly he was doing there is not yet entirely clear. Art professor Ji-yoon (played by Lee Young-ae) aims to find out, although the road there is a tad circuitous. Ji-yoon is trapped between a bad professional situation and a swiftly degrading household. Neither are her fault. Ji-yoon just had the bad luck of getting involved with unscrupulous men.

It's rare to see a protagonist suffer from indirect bullying like what Ji-yoon goes through in the academic circuit. The production team has a keen eye for the power of social media. In the first strike, it's actually not Ji-yoon who is humiliated but a superior whose incompetence was exposed. Ji-yoon just gets blamed for it since she was in the same room. In the second case, Ji-yoon appears to have been intentionally set up and knocked down for political purposes.

The parallelism with Lee Gyum's story has a lot of potential, since characters in costume dramas are so frequently belittled in this manner it's easy to forget that this is very much a thing people still do in the modern day. Ji-yoon may be a professor, but it makes no difference whether or not she's smart. Indeed, even the giant discovery Ji-yoon makes in Italy is irrelevant compared to the embarassment other people felt about having their opinions challenged. 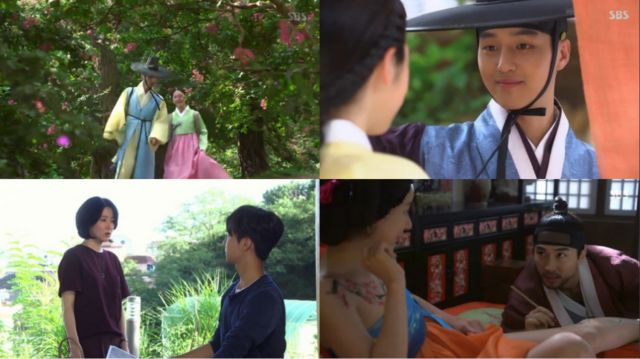 But ah, Italy. Now there's an unexpected strong point. "Saimdang: Light's Diary" does not rub our face in how great Italy is by takig us to tourist attractions and landmarks. No, it makes Italy look cool by showing us how nice Italians are compared to Ji-yoon's own people. Not coincidentally, most of these Italians are of relatively low social standing, although the one respected foreigner appears to have earned his respect. The guy even speaks halfway decent Korean!

Admittedly it's easy to fixate on the apparent skill of the foreign cast here because normally foreign extras are terrible. But that gives me some confidence when it comes to the production team. The fact that they put the proper effort in an area that is usually ignored leads me to believe that the rest of this drama will be just as polished. Was the bit with a bird a little much? Well, sure, but like the babbling Italian man says, this is proof of destiny. Compared to that, who cares about academic politics?