[HanCinema's Drama Review] "Save Me" Episode 11 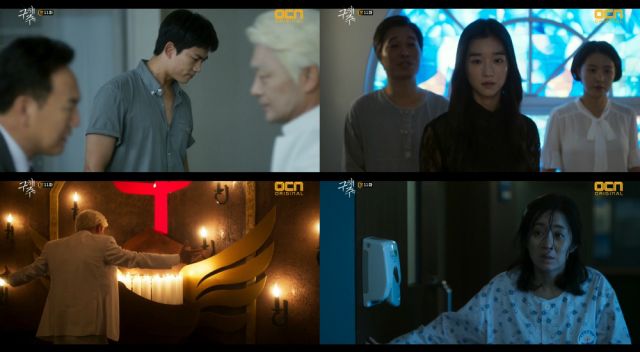 The more hopeful things get for our heroine the more twisted they get within Guseonwon. "Father" Baek's true nature and perhaps intentions are revealed along with some hidden, disturbing locations in the premises. Baek is not the only one with secrets, however. A certain Guseonwon birdie has a secret of their own. As Baek's grip tightens, our heroes need all the help they can get.

Our villain is officially off his rocker, as it turns out that his narcissism is religious in form after all. A very dangerous twist which may end with the same drinking of the Kool-Aid that started the idiom. If arrogance and a need to feel powerful are what drives him to expand Guseonwon, rather than greed for money, then his ultimate display of power may very well be the mass taking of lives in his honor. 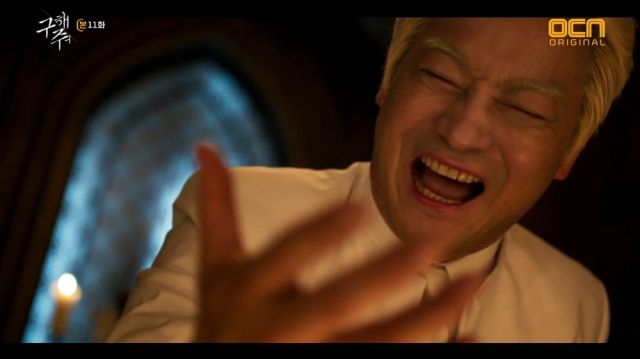 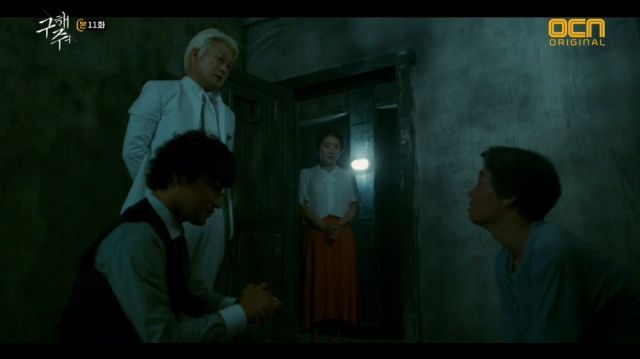 "Save Me" has been ruthless during its first one third, but the series has not wavered since reaching its payoff phase and so while Baek's (Jo Sung-ha) twisted acts have become more frequent, the cracks in Guseonwon only spread. Most significantly, Kang's (Park Ji-young) role as Baek's right hand is being challenged. Kang is petty and angry, but she has been holding on due to her belief that being a good cultist's girl will get her to her daughter. What will she do when she realizes she is not Satan's favorite little helper?

Aside from Guseonwon's rotting from the inside, we have the grand revelation of So-rin (Jeon Yeo-bin) as an undercover reporter, which I must admit took me by surprise. I interpreted her question to Sang-mi (Seo Ye-ji) about not leaving as a desperate attempt to assure herself that the Spiritual Mother to be was simply overreacting. One small local publication will not save the day and so I do hope more official help arrives at some point, but So-rin's actions may save Sang-mi. 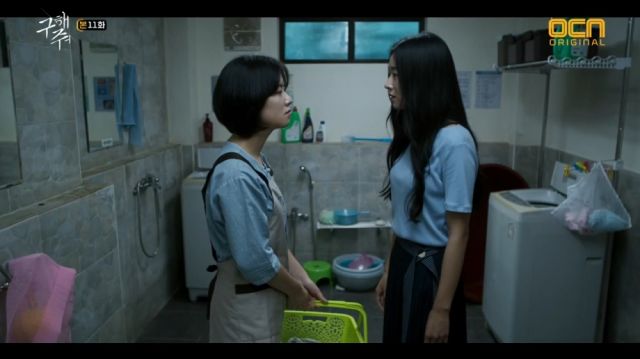 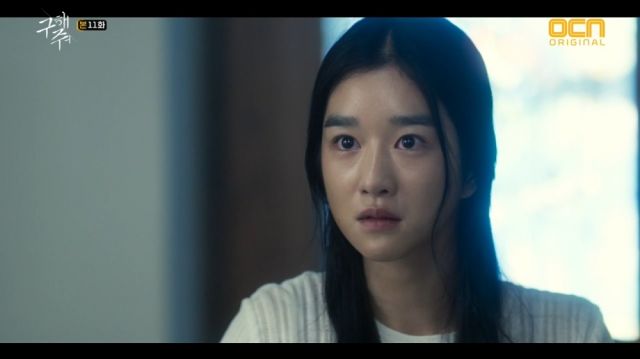 Mothers in danger is this episode's theme and there are hints at potential great conflicts coming up. Sang-mi's mother is taken by Kang and Sang-hwan's (Ok Taecyeon) is being threatened by Baek's presence. Even Dae-sik's (Lee Jae-joon) is in Guseonwon's clutches. It is Sang-hwan I worry about, however. His friendship with Dong-cheol (Woo Do-hwan) was just rebuilt and he was once again asked if he will not run away this time.

What would our hero do if his mother's life was threatened once more? Would he be smart enough to know that the only way of protecting her long-term is destroying Guseonwon and would he be honorable enough to stick to his promise this time, even if it meant having to endanger his parent? I suppose such a scenario would show us how much the young man has really grown.

"Save Me" is directed by Kim Seong-soo, written by Jeong Sin-gyoo and Jeong I-do-I and features Ok Taecyeon, Seo Ye-ji, Jo Sung-ha and Woo Do-hwan.

"[HanCinema's Drama Review] "Save Me" Episode 11"
by HanCinema is licensed under a Creative Commons Attribution-Share Alike 3.0 Unported License.