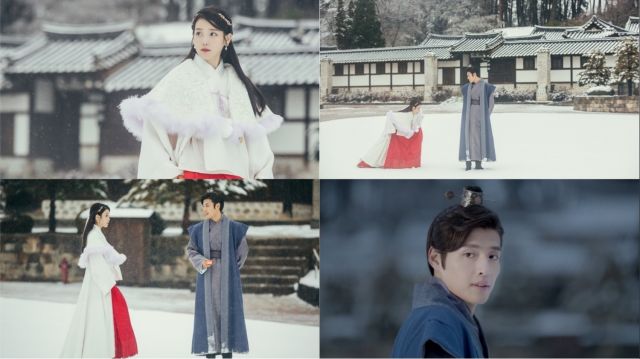 Lady Hae (played by Park Si-eun) is Prince Wook's wife. She doesn't really do anything, I just thought it was worth acknowledging her existence since it puts Prince Wook in a fairly unusual situation as second lead. Normally we feel sorry for him getting the short end of the stick in a love triangle, since he's always such a nice guy, but hey! When Soo inevitably breaks Prince Woo's heart, he still has his wife, and she's really nice too.

I do like the way Goryeo is presented in "Scarlet Heart: Ryeo". Cultural issues like royal polygamy are not presented in either a positive or negative light. They're just sort of there, which is how people at the time would have viewed them. Soo has done quite a good job of adapting to the social and cultural mores of Goryeo, however obviously far removed they are from Soo's own cultural values having grown up in the twenty-first century. 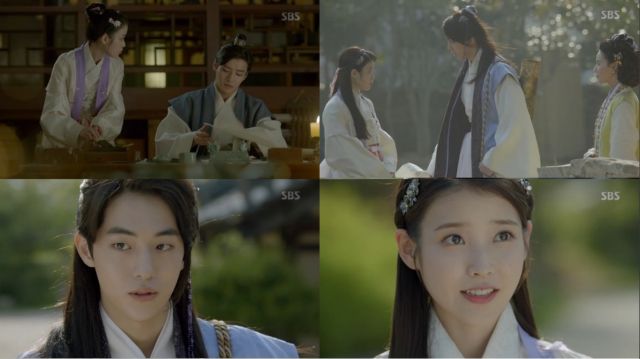 The main problem in "Scarlet Heart: Ryeo" is the same as ever- Soo's kind of an idiot, and not in a particularly endearing way. The extent to which she is incompetent at her job is really just a tad appalling. It's odd seeing the royal family engaged in all this brutal emotionally manipulative activity with each other while just sort of ignoring the incompetent maid, since apparently she's so cute that it overrides the more practical functions she's supposed to serve at the palace.

Sometimes the drama manages to hit the sweet spot when it comes to contrasting Soo's ignorance with a genuine desire to please her superiors. Her meeting with King Taejo (played by Jo Min-ki) is funny because of the accidental anachronism. Soo shows devotion through the use of an elaborate bow that's intended for use at court. She shouldn't even know it exists. For that matter, I'm not sure King Taejo knows it exists either. Courtly rituals were more a Joseon thing, and that's five hundred years in the future.

These kinds of mistakes are dumb and relatable because Soo, like most of us, knows most of her Korean history from watching historical dramas. Other aspects, like how the plot of this episode is dominated by her inability to read Chinese, are a lot harder to get behind, because they constantly demonstrate how fantastically helpless Soo is at subtlety, and how the princes enable this behavior by just cutely smiling and playing along. Admittedly, those are some pretty cute smiles, if only in contrast to the unfortunate alternative.