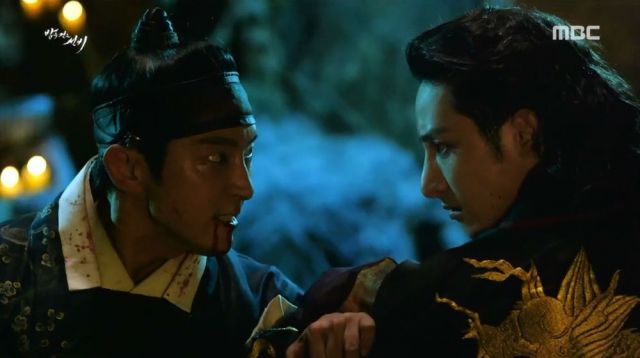 Tortured heroes, forbidden romances and cartoonish villains are nothing new. There is a standard formula by which such stories operate by now and there is an ever faithful audience for them. This does not mean such stories need be repetitive, however, nor does it mean they need to be unentertaining. "Scholar Who Walks the Night" does not reach its end unscathed, but let us look into its efforts until that point.

Jo Yang-seon (Lee Yu-bi) is a woman who disguises herself as a man in order to sell books and help her family. One day she meets Kim Seong-yeol (Lee Joon-gi), a vampire looking for an important book. Gwi (Lee Soo-hyuk) is a merciless vampire who has control of the palace and kills humans at will. Seong-yeol believes that the book he needs from Yang-seon can stop Gwi and end his reign and long history of murder and abuse. 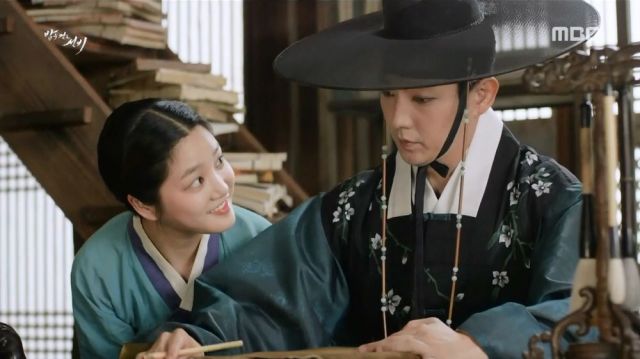 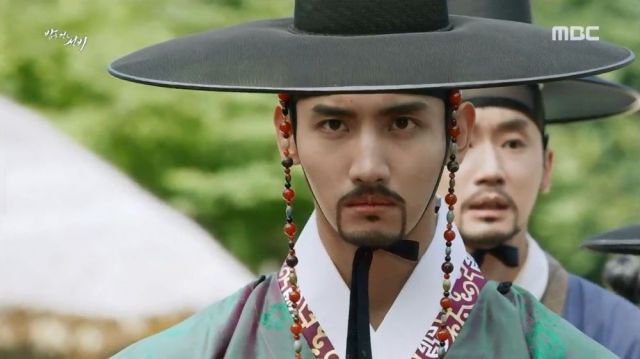 First and foremost, it is important to define this show in order to look at what it does above or below its standards. This is a fantasy romance in Korean drama, where pretty vampires wearing eyeliner brood, love and kill a lot. It is not the type of show for meaty writing and complicated concepts. It is therefore a quite pleasant surprise that the drama does have an engaging story to tell and balanced plot pacing, at least to begin with. The show touches, even if lightly, upon themes of right and wrong, and whether our intentions justify wicked or unfair means.

This moral ambiguity of certain characters is interesting and well-written, so the adventure part of things works well for the most part. The plot feels packed, so errors and convenience writing of the genre aside, the series progresses in an engaging way. As for the romantic side of things, the chemistry is there, the cast is pretty together and the romance very typical, so those who know what to expect can enjoy it. "Scholar Who Walks the Night" might be a cheesy fantasy romance, but it embraces the part well.

The drama's length is its biggest enemy, mostly because its plot does not seem written for a show of its duration. 12-16 episodes would have worked well, but at 20 episodes long, the series suffers greatly. This is due to its recycled plot material and devices. Everyone takes turns making noble, but silly sacrifices and although they reach a realization of the pain they could cause, they just do it again. The main couple breaks up all the time, main characters almost die all the time and since viewers know none of that would happen until the end, the story turns into a tiring rinse and repeat process. 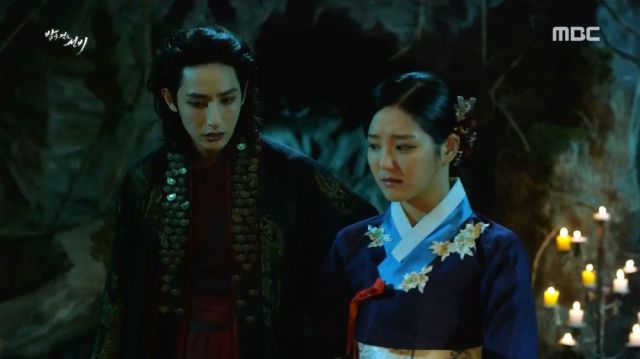 The pretty uninspiring dialogue and sometimes questionable acting do not help the drama a lot either. Having to recite standardized, cliché lines for scenes which are almost always the same in shows of this type is probably not very inspiring for the cast and with a big focus on making the actors appear appealing, their performance was not given the attention necessary. The packed plot of the earlier episodes helps, but the weaknesses of the show become noticeable when it slows down.

"Scholar Who Walks the Night" is not the best show of its genre, but also not a bad attempt at it. It offers the basic dramatically presented romance, a fight between good and evil, some complicated family relationships and more. Unfortunately, it also lasts longer than its material can take it and it is mostly not for those in search of rich storytelling and character development.