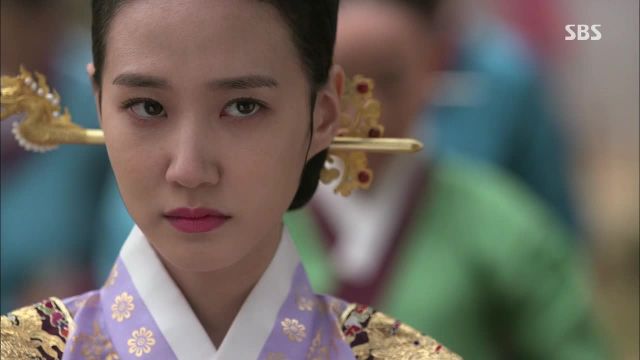 Manipulation of the most relationships allows for the politics of "Secret Door" to move forward. This kind of manipulation messes with commonly accepted morality and makes for intense, fascinating television. How can Seon win against those who are willing to forsake the lives of their loved one's for power?

It is Minister Kim who shows a calculating thirst for power that dwarfs the kings ambitions to retain his throne. He used his illegitimate son's life and death for political heft and didn't blink an eye. In fact, he was strangely without affect (save for when he was putting on an act), which makes him absolutely terrifying. I personally find him revolting because he lacks any remorse, much like a sociopath. Or perhaps he is one. What makes his sick relationship with his illegitimate son even more potent is that his son allows himself to be used because he dearly wants his father's approval. The situation keenly mirrors that between King Yeongjo and Seon. Yeongjo isn't quite to where Kim is, especially since his genuine emotions for his son tickle his conscience from time to time, but the more Yeongjo lusts for power, the more that lust will tamp down his fatherly love. 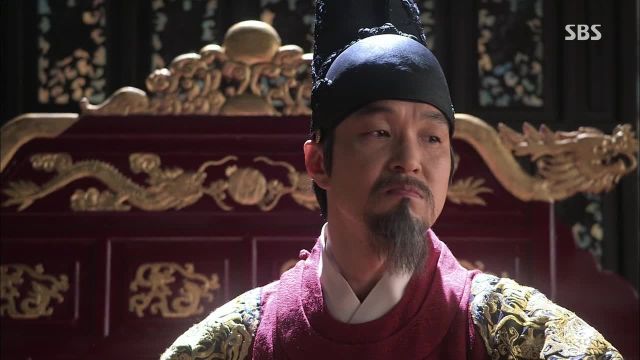 In fact, Yeongjo's obsessive desire to keep his throne finally breaks his relationship with his longtime friend, Minister Park. For thirty years Park has supported him because he believed Yeongjo could do something for their people with the power of his crown. As of late, however, Yeongjo has proven that he would sacrifice his people to keep his throne, which doesn't sit well with the idealistic Park. Once Park confronts Yeongjo about his deceit, about the fact that he doesn't actually care about his people, Yeongjo is truly alone. All he has left is his gilded throne upon which he sits, very much alone. It is one of the most poignant moments in the drama. Watching Yeongjo alone on his sunlit throne, surrounded by his insanity which drives him to believe he needs nothing but that lump of metal, calls for pity.

Then we have the ever elegant and politically astute Princess Hyegyeong who uses her savvy to help free her prince from prison. She is a formidable opponent because of her vast knowledge of court politics and her ability to navigate the murky waters of twisted minds and greedy pockets. She utilizes Ji-dam and in the process sees that Ji-dam is very much in love with her husband. What makes me appreciate Hyegyeong is that she checks her jealousy and doesn't let it sway her from the matters at hand.

Seon continues to be a stalwart hero. He's so earnest, and naive, that each blow he receives visibly makes him crumble. He hopes people wouldn't use their family to gain power, but he is tragically wrong. His love for Ji-dam and their shared ideals magnifies the beauty of his ideals and the tragedy of how they are slowly, very forcefully quashed.

Near the end of the episode, Seon contemplates how a man could use a son for his own gain. As he muses, a few scenes play out that show the opposite of his idealistic musings. The last part of that scene is a shot of Seon thinking. It would've been a beautiful ending to the episode, quiet, inwardly oriented. Instead, "Secret Door" tacked on one more scene of Seon researching. It was unnecessary and ruined the mood of Seon's monologue the scene before.
"Secret Door" is almost to its halfway point. The king has lost his allies and is stuck with those who would manipulate him. The princess realizes Seon's heart belongs to another. Park has seen how far he'd go to uphold his beliefs. It's a period where all of the character have reached a critical point of understanding of themselves. Let's see where that understanding takes them.