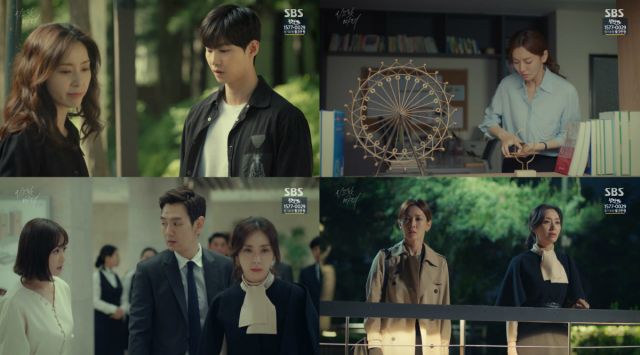 I never thought a fever would be a joyous event, but mine has jolted my memory, and possibly solved one of the big recent mysteries of "Secret Mother" so far. Episodes eleven and twelve of this suspenseful womance thriller start with a bang, end with a bang, and bring a lot of secrets, nastiness and important connections to the surface. It is time for our heroines to face the past and start unraveling it, even if it hurts them the most.

Before getting to the juicy bits, I am glad to see the Daechi-dong trio become more involved in the main story in terms of their presence at the hotel where Eun-yeong (Kim So-yeon) fell from. The terrible women are married to equally terrible men, and those men are about to create a big mess between them, which could explain their condition in the future. What their situation cements is that they are vicious, and that Eun-yeong has a lot to fear when targeted by them. 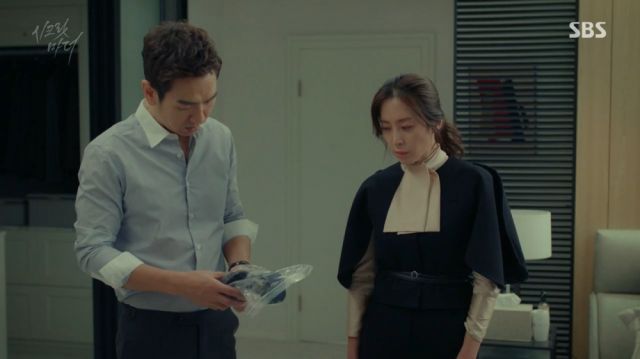 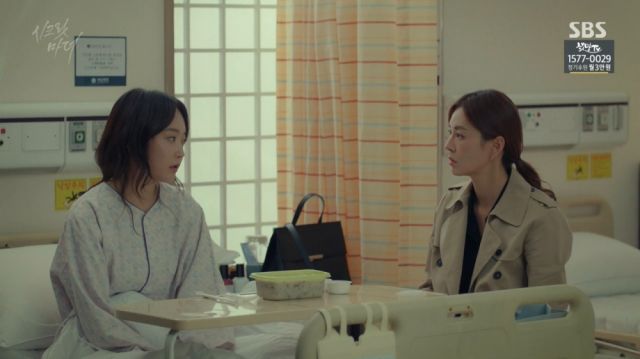 There is another one targeting our heroine, however, and I think I know why now. Remember when Jae-yeol's (Kim Tae-woo) subordinate knocked over the files taken from Jeong-wan (Song Jae-rim)? Jae-yeol did not look at them. However, in the drama's third teaser, he does. Those must have contained Eun-yeong's file with her picture. This would explain why he was startled to see her back in his home, and could explain why he wants her scared. Keep your enemy closer, they say. Maybe he needs evidence, but he has to discourage her plans.

Another side to the mystery is how far Yoon-jin's (Song Yoon-ah) memory can be trusted. Se-yeon (Son Seung-woo) and Seon-ja (Cha Hwa-yeon) are clearly snakes of the same caliber out to get her. However, we have witnessed our heroine having a memory lapse when she relived her trauma in the mall. She "saw" Hyeon-joo (Ji An), and she "saw" Min-ji (Choi Na-rin). Yoon-jin is getting better, but can we fully trust all of her experiences? Will anyone here? 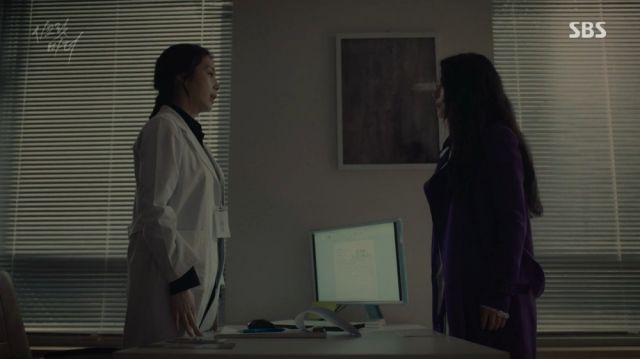 The big focus now will be Eun-yeong's handling of the terrible truth she has found out about her sister. The waves of this truth have hit her hard. The bonding between the two women seems to be making them stronger. Yoon-jin is becoming more determined, more focused. Eun-yeong is being hurt by this, but I feel that she will eventually find some comfort in getting to a truth both of them need in order to move on.

The questions now are, who will join this quest, and who will oppose it? Even if I am right about Jae-yeol, he would never involve his wife, and their lack of communication is useful for drama. Yoon-jin will have Jeong-wan for help. What about Eun-yeong? Is the mystery man looking at the security footage the one? She clearly has deep connections. Did the same man visit the fake Hyeon-joo, or was that Jae-yeol? I want answers, and I will enjoy waiting for them.