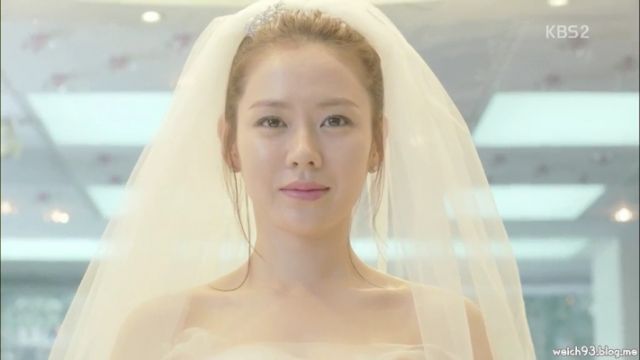 In the very first scene of this drama, lead character Han I-Soo (played by Kim Nam-gil) expresses his personal sentiments about sharks. There's an ominous air about his description- certainly, "Shark" attempts to open up to its audience by establishing that unpleasant people will do unpleasant things, and there will be reaction to that. But who, exactly, Han I-Soo is and how he came to form these opinions about sharks turns out to be a lot less direct than that.

Apparopriately, most of the focus is on the environment, or more specifically, the background of the series. The bulk of the first episode's running time takes place twelve years prior to the start of the series, as Han I-Soo adjusts to a new school. What's surprising about these scenes, especially looking back, is how little actual adjusting he really does. I-Soo seems to know exactly where he is, and exactly what he needs to do to keep moving.

This is also reflected well in the present day scenes we have. Though it seems like there's every possible reason for I-Soo to stick out in his environment, he adjusts quickly, subtly, and with surprisingly little trace. Throughout the episode we get a very good feel for the way he operates. Subtle, but only until the moment when deliberate decisive action is necessary. Even as a teenager I-Soo isn't terribly naive- but as a teenager he's not automatically smart enough to know the best possible course of action at all times.

The ambience for the episode is well set- most of the soundtrack consists of classical instrumentation, and this is a good reflection of the kind of wealthy, high-class world the characters are exposed to. Jo Hae-Woo (played by Son Ye-jin) is an especially strange contrast. While she's the most well-defined and outwardly self-possessed character, the glimpses we get into her home life indicate someone whose "best" character traits are defined by the worst influences.

Even though most of the episode is flashback, emphasis is on characterization and very few definite events actually happen. It's still not clear yet what the main motivation for the present-day characters is going to be, or how much time is going to be spent on the flashback phase of the story. Still, if the preview is any indication, the next episode will feature plenty of more action-based hooks. I am, so far at least, curious how this will turn out.