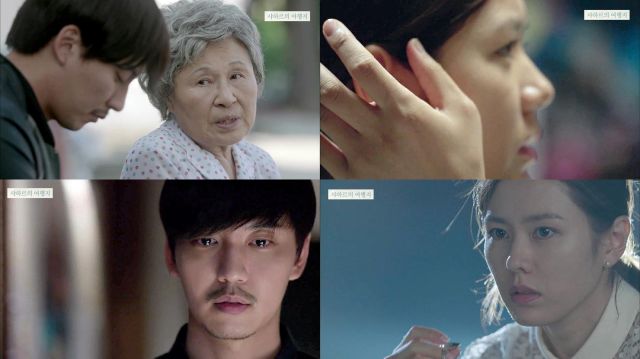 Rather than building up the action ends up dying a bit in the final stretch. "Shark" is clearly trying to manipulate its audience with one last plot twist gambit, but it comes off as underwhelming compared to the flurry of bombshells released in the last few episodes. It's strange how, now that everything's almost finished, the emotion behind the performances is actually lower than it was before. While this should be the part of the story where everything starts sinking into despair, everyone just seems kind of used to it now.

"Shark"'s other strengths are still strong as usual. Lighting cues take an interesting turnabout. Whereas before I-Soo and Sang-Deuk's more lonesome, duplicitous scenes were always under the cover of darkness, in this episode they're quite obviously taking place in broad daylight. Symbolically this just shows that there's nothing left for them to hide in. It's a nice touch, particularly since their behavior is still largely unchanged. While everything has taken a turn for the transparent, not every character has figured it out yet.

With only one episode to go, the lack of character development for some of the supporting cast is more pronounced. It's difficult to tell what's motivating Joon-Yeong, for example. As the third end of the love triangle he seems fairly detached from the general proceedings of this drama. A lot of this is deliberate, because he's deliberately avoided entangling himself in these thorny matters of revenge and justice. The trouble is that the final episode is going to have to make a definitive statement and it's hard to see how it could be justified in the short run time.

As much as I'd like to write that I wish this drama was longer, all I have to do is remember the first half of this show, when an inordinate amount of time was spent establishing the character conflict and emotions of I-Soo and Hae-Woo when these had almost perfectly been summed up in the first few episodes. The supporting cast in "Shark" is genuinely strong and they really should have had more of a chance to shine. Still, I'm grateful that the ones who do get put in focus are fairly well-rounded.

"Shark" may have been billed as a revenge thriller, and it certainly has those good moments sprinkled throughout. But now that we've lost the tense conflict and are going back to the basic tropes of the genre, I really miss those instances of great acting and emotional pain. Sang-Deuk's moment of rage this episode just doesn't pack the same punch as when I-Soo's been needling him this whole time over the phone. I think I might have actually like more brooding- just from characters aside from I-Soo and Hae-Woo.