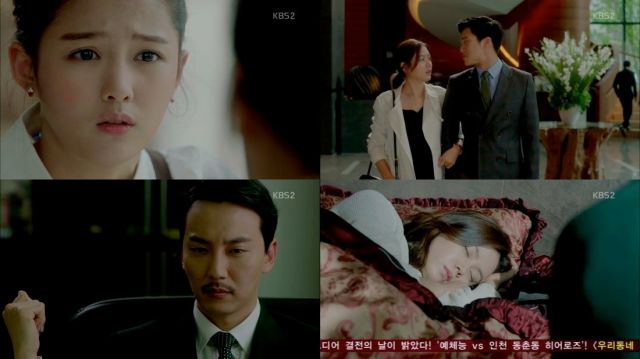 "Shark" has fallen into the trap of retreading its own territory. Given that it's only the fourth episode, one would think there's not that much territory to retread. And yet, repeatedly, this episode goes out of its way to remind the viewer of facts that we had already been shown, could reasonably have guessed, or could have been better left to our imagination. Instead, a lot of facts are explicitly laid out in a fairly dull manner.

This wasn't what I was expecting after the rather shocking conclusion to the last episode, but we open up fairly quickly with an explicit surveilling of the crime scene. It's quickly shown what I-Soo's companion did to the unfortunate victim- and it's really a bit of a let down, especially given the initial character reactions we see. The visual on his corpse is so unimpressive and distracting that I really find myself wishing they had only done the description and not bothered with the crime scene nonsense.

Likewise, now that we've actually gotten a taste of the new I-Soo, the drama's decision to continue to focus on his intermediary past falls flat. It's obvious that he was at a low point- there's no point in showing that now, when his character's presence needs to be as terrifying as possible. Some progress is achieved when we see some of what I-Soo was doing in Japan. However, this part is only interesting because it goes into who's backing his operation financially- a question yet to be fully answered.

The other characters act in pretty much the same way we've come to expect of them. There's some cute affection from the married life of Hae-Woo and Joon-Yeong- but this is undercut by the fact that the episode's emphasis is on I-Soo. Hae-Woo even goes to a fair deal of trouble to remember him, even though as yet there's no obvious reason to. The episode preview implies that the state of the victim's body may have had more meaning for Hae-Woo than it did for us. Still, this does not forgive the poor effect her reaction shot invokes in the audience, as this information is not yet clear.

One habit I hope to never see again is such egregious use of recycled shots. It pains me to note this, since a lot of the footage was genuinely really compelling- the first time I saw it. But it's just way too soon to use again. In between all the other muddled focus issues of the episode, the reused shots especially struck me as a desperate attempt to recapture some of the series' more effective moments. "Shark" works best when it's tantalizing- and too much of this episode was too easily within reach.