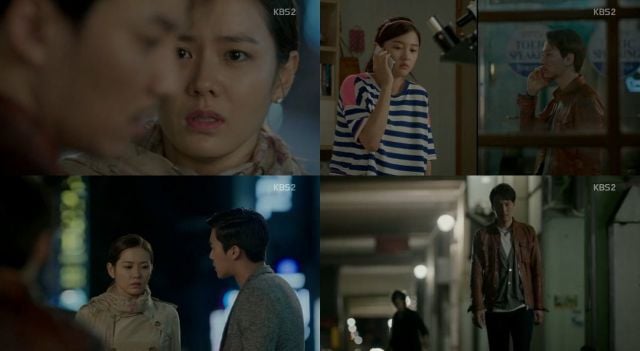 This drama's performance has been so uneven lately that I really wasn't sure whether the last episode's cliffhanger was going to go somewhere interesting or stupid. Luckily, it's the former, as we soon discover that the plot is actually quite a bit larger in scale than we had been led to believe. Whoever's backing I-Soo clearly does not trust him, and this association also leaves I-Soo with other enemies who are quite a bit more proactive than the eventual direct target of his revenge.

Even the investigation storyline gets a bit of a boost here, because for once it's actually addressing an inconsistency that was pretty obvious the first time we saw it. Seeing the problem both from I-Soo and Hae-Woo's perspective actually gives us a good look at their characters, too. Hae-Woo and her friends are quite open about sharing any information they find, while it's quite clearly implied that I-Soo has been hoarding it this entire time, never letting the crucial piece of evidence out of his sight.

Trust plays a big role in the episode's overall theming. There's no sense or feeling of a possible fracture between Hae-Woo and Joon-Yeong, even though (as Hae-Woo realizes) there's now a very obvious way this could be provoked. There's always something slightly messy and undignified about their interactions- nothing serious, but this sort of casual silliness speaks a lot to the degree of their intimacy.

It's an element noticeably absent from Hae-Woo's interaction with her own family, who are always evasive and out of focus about her investigative questions. The feeling of pressure against them is always a welcome one- it often feels as if Hae-Woo has distanced herself from her familial wealth. And while she's doing well with her family right now, a revelation about what happened to I-Soo's father could easily destroy it. Consequently, the tension is quite well done.

This leaves us with I-Soo who, aside from his bursts of action early in the episode, is relatively passive here. Sitting in his penthouse suite, I-Soo is alone, driftless- and yet very emotionally focused. We have a good idea of what he's capable of now. However, now that we know that there are characters actually capable of facing off against him, it's a open question whether the honed vision of a shark is going to be enough. I-Soo seems quite vulnerable to getting hit with a nasty trap. While my faith in this drama hasn't been completely restored, it's certainly heading in the right direction again.