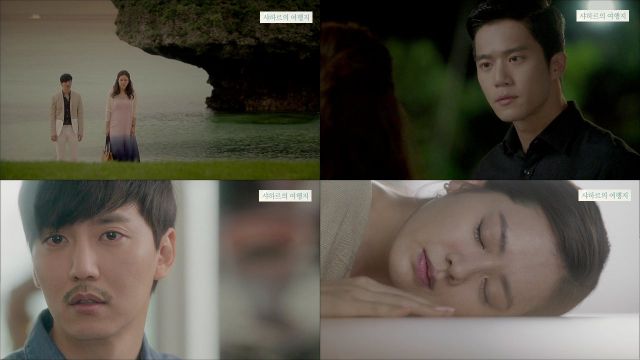 Crushed by the revelation of the last episode, Hae-Woo spends this episode largely in a sad, nostalgic reverie for bygone days. Akin to I-Soo's usual brooding...well, I can't think of a way to finish that sentence. The trouble with "Shark" is that it really doesn't seem to know when to stop doing stuff. Reviewing the series so far, it seems like all I-Soo does is brood. I'm pretty much out of comments about the brooding. We get why they're doing this- but the extent of the brooding is, by now, completely out of proportion with the stuff worth brooding about.

All the interesting, emotionally tense character-driven action sequences have been in the first few episodes of the show. Ever since then, characters have been doing very little except reflect on these events emotionally. Now, I like good emotional reflection, and I've been pretty on board with it until now, but my patience is at an end. If the characters are going to get misty-eyed, there needs to be more for them to actually get misty-eyed about.

The camerawork is excellent, as usual. I'm really going to miss Okinawa. It would not surprise me to learn that the Okinawa Tourism Board is a sponsor for this drama- I really can't remember the last time I saw a location renowned for tourism so effectively and beautifully conveyed on screen. Just being able to look at the scenery puts me in a better mood. However, now that the show has moved back to Korea, more is necessary in terms of the actual plot.

There's one worthwhile plot thread ongoing, where I-Soo keeps visiting his sister to buy juice. If that sounds silly, that's part of the point. I-Soo is normally such a serious, dour character that watching him try to concoct excuses for conversation while trying to buy juice really imprints the serious effort he's making. I-Soo seems to have decided that Hae-Woo's emotional pain is a necessary by-product of the plan, but he seems more ambivalent about what to do with his sister.

It's all a fairly strong lesson in how sadness and pining for the past can be well-conveyed in the context of an actual story, rather than just generically going to bygone places and staring at ghosts. Unfortunately, "Shark" seem content to stick largely to the latter right now. I can only hope that more definitive action will get the story, and characters, moving in a more decisive direction soon.