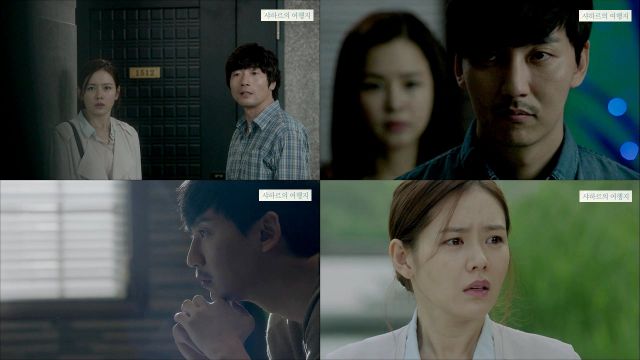 Brooding gives way to tension as the main characters of "Shark" start the process of probing each other to find out exactly how much everyone knows. There's a constant sense of tension in the air- surprisingly, though, this episode really isn't all that much more exciting than the last one. However much the director tries to dress it up, for the most part everyone's just standing around asking misdirective questions. It gets a bit monotonous after awhile.

All this investigating does get us to an important point. By the end of this episode, nearly every character is aware of the existence of the other characters, and has some sort of easily described countenance and relationship with them. The main exceptions to this rule are the Jo family patriarchs, who have for the most part chosen not to get involved with any of this because they've guessed that Hae-Woo will not take it well. This self-imposed isolation will likely not end well, as they seem soon to be completely outmaneuvered.

There are other interesting bits scattered about. For the first time, we actually get a good look at I-Soo's apartment from the perspective of an outsider. Several paintings on his wall stick out as deliberately peculiar. In fact, I'm not sure we've ever seen them before, even though the show spends an inordinate time on I-Soo brooding, alone, in his apartment. The art he surrounds himself with is in itself a statement on the kind of person he's become, as is the fact that he apparently doesn't consider this background decoration meaningful in any way.

An ongoing theme here is that other characters constantly attempt to engage I-Soo without actually engaging I-Soo. I'd call this passive-aggressive behavior, but I-Soo actually seems to expect and even welcome these kinds of backroom dealings. His apparent indifference at the attempts of others to undermine him begs the question of what he's planning. It's not even like he's hesitating anymore- his demeanor is more of one biding his time.

I still really can't decide whether I like "Shark" or not. It has style and substance, but it's lacking in effective balance. It often repeats the same basic messages and statements. And while I get that these points are important, at times they often feel belaboured. What this drama really needs is for something to blow up and actually happen. This episode brought up a large number of new intertwined connections, so all that can be done for is hope that the next one will deliver on all this set-up.