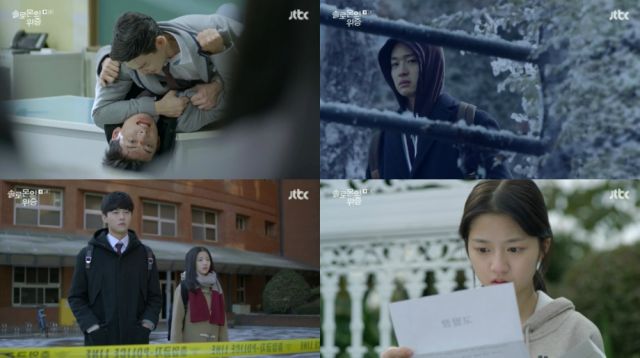 "Solomon's Perjury" wastes no time, as we dive right in to the death of the young student and the impact it has on everyone around him. Suspects are abundant and so are accomplices and victims. Episode one takes its time in introducing our main characters, their personalities and their families. There are a lot of nuanced roles here and the mystery is off to a very good and exciting start.

There is so much to talk about right off the bat, which makes the episode thrilling. I thought that this would be a case with a clear culprit, but the added layer of the victim having knowledge of foul happenings in the school makes this far more intriguing, because it increases our list of suspects. Lee So-woo (Seo Young-joo) could have discovered anything from corruption to violence or sexual violence against a student and there are so many people such news would inconvenience. 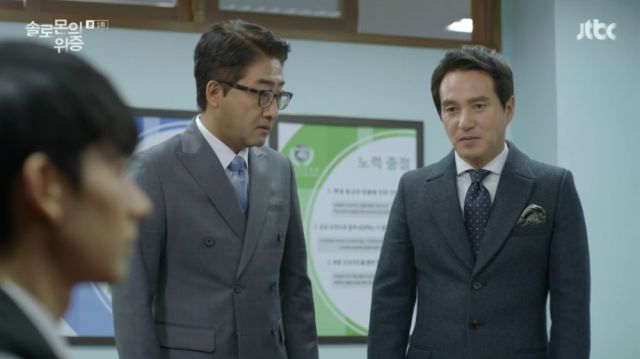 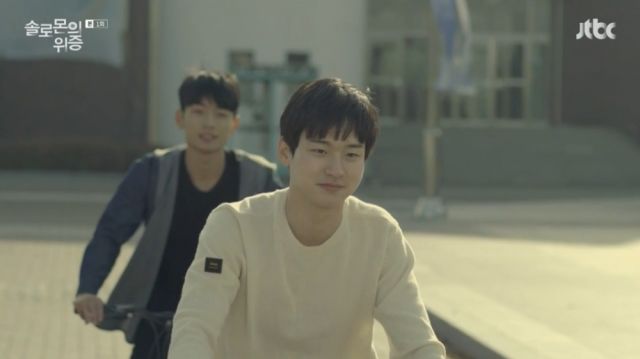 The episode does a great job at creating suspicion. Choi Woo-hyeok (Baek Chul-min) is a standard bully so far and there is a witness to his potential crime, but we also do not know if the witness is telling the truth or simply trying to implicate someone who has harmed her. The Jeong-guk Foundation and Han Kyeong-moon (Cho Jae-hyun) are obviously suspects of orchestrating the crime as well, since So-woo's information and unwillingness to cooperate could endanger their interests.

However, it is Kyeong-moon's son, Han Ji-hoon (Jang Dong-yoon) who has the most complex involvement in this case. We know that he will be defending the accused in the school trial, which is a surprising act for someone who appears to have been best friends with the victim. We already know So-woo may have told him about the previous incident, so is he defending Woo-hyeok to protect someone or hide something? He was also near So-woo's body looking devastated, so the boy clearly knows a lot. 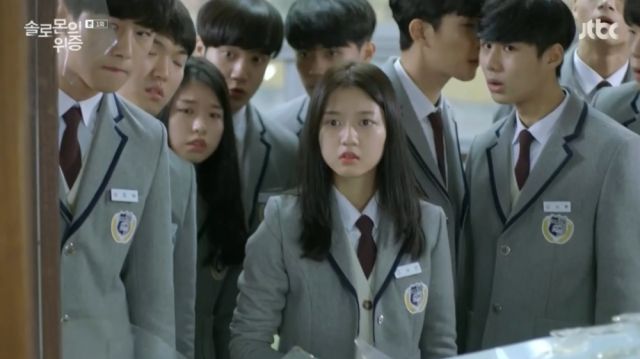 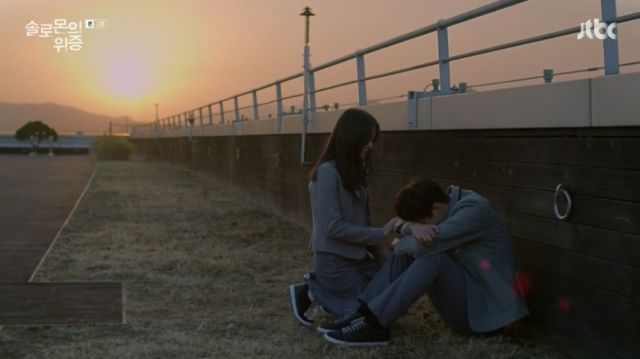 Concerning our heroine, Go Seo-yeon (Kim Hyun-soo) and her fellow fighter for justice, Bae Joon-yeong (Seo Ji-hoon), I see some great characterization. The bystander effect, personal problems and fear of repercussions keep them silent, but they will also feel the responsibility of being reached out to by someone who needed them. Seo-yeon's speech toward Joon-yeong during his crisis is a wonderful scene and one which fills me with great hope for the drama's messages.

I think we have a solid start with all of the characters. I will talk about them more as we progress, but we have a very diverse group of teenagers and adults here. We have happy families, distant ones and scarred ones, providing rich world building as a platform on which the story can unfold and our characters can develop. Two thumbs up for this premiere episode.