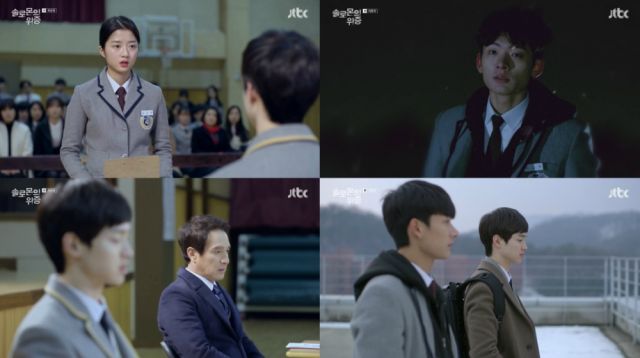 The truth is out and it is as depressing and simultaneously empowering as truth often is. "Solomon's Perjury" has tried tackling big topics in the life of teenagers, adults and humanity in general in just twelve episodes. This means that certain things feel inevitably rushed and underdeveloped. Even so, the final episode does the best it can to wrap up this long and arduous battle.

I would like to start with the episode's final monologue and what it has to say about truth and perseverance. The truth can hinder one's progress and invite trouble, but as the series shows us, hiding it is no guarantee of happiness. We cannot have happiness when our conscience suffers and our character is sullied. Lying cripples us and those around us. In order to enjoy the good seasons in life, we have to do what we need to in order to be at peace. 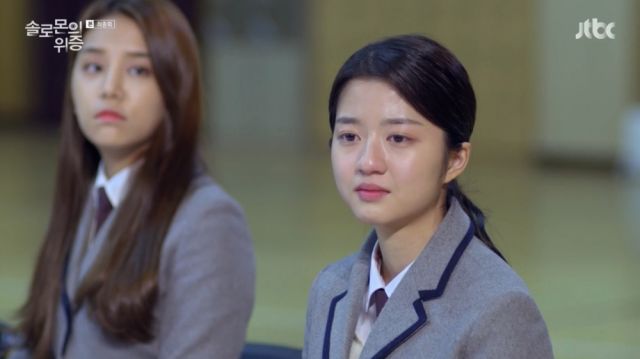 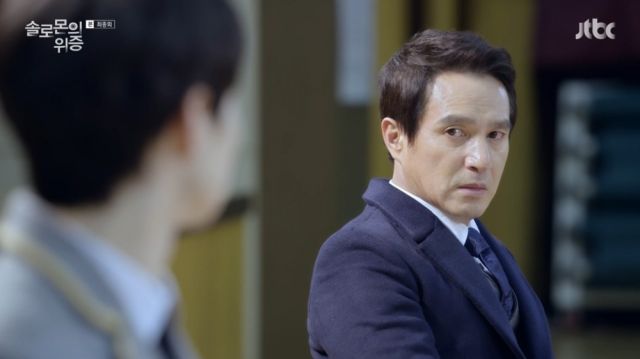 While this is a beautiful message, I wish the series had spent more time in that process of losing ourselves to lies. This brings me to Kyeong-moon (Cho Jae-hyun). For all the show's effort to portray him as a good father, it forgets to address the "why" of his situation. Why does a man who defied the status quo and adoption stigma join the very systems he once rejected? The drama uses Kyeong-moon as a Boogeyman and thus fails to develop him in a way that fits his importance as a central figure in the story.

His character and the series would have benefited from portraying the process of how seemingly great human beings perpetuate the problems which plague this world. Ji-hoon (Jang Dong-yoon) on the other hand has the development he needs to explain his own tresspassings, even if those are also resolved too neatly. Ji-hoon lies and manipulates, but we have seen enough of what drives him and why it is a worthy cause. The antagonist should have been given the same attention. 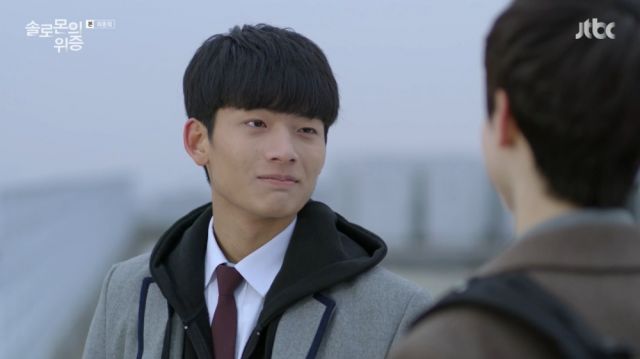 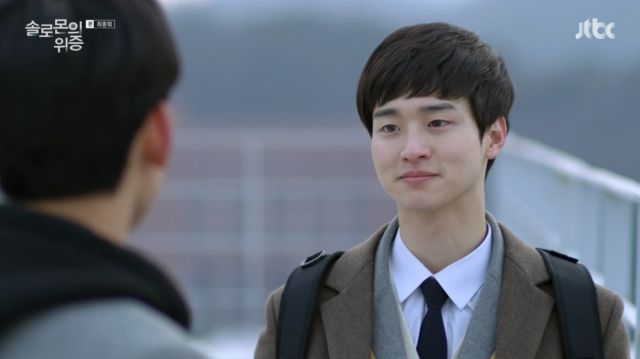 There are other things that the series could have handled better and I am only as demanding because of the drama's excellent quality. Fewer characters and less lengthy trial scenes would have left room for more development, because the characters really make "Solomon's Perjury". We could have seen more of the adult world, what drives them and it would have been great to see the creators' thoughts on how we can all improve our world.

Despite these issues, "Solomon's Perjury" does a great job as a school mystery about corruption, morality and personal responsibility. It touches, even if lightly, upon the struggles of facing a cruel world and the ways in which those before us encourage or fail us. The series is ultimately about finding hope by breaking the abusive silence, making it a story worthy telling.