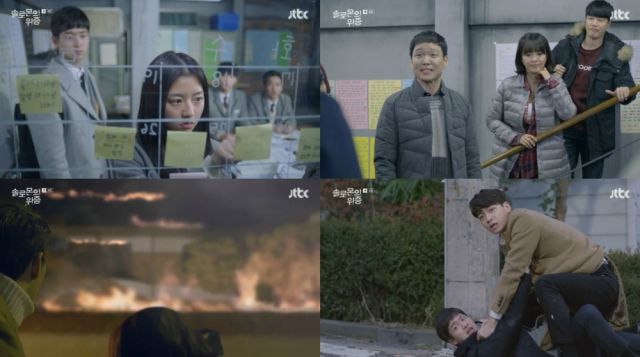 Things get dangerous as news of the trial shakes every party involved. The court group are racing against time and the Jeong-guk foundation's scheming, which pushes them to put more pressure on Joo-ri and Woo-hyeok. After news of the trial spreads, a mysterious figure commits a crime and complicates the situation. Seo-yeon is faced with tough decisions and an increasing amount of uncontrollable participants.

I believe we have the source material and the drama's shorter length to thank for the tightly packed plot. The writer wastes no time with the proceedings and they use the more slow-paced moments for character development and the exploration of their subject matter. Facing a death and now another, a media circus and a trial is not an easy thing for anyone let alone for young minds. It would have been a waste if the series did not delve into the feelings and thoughts of the people involved. 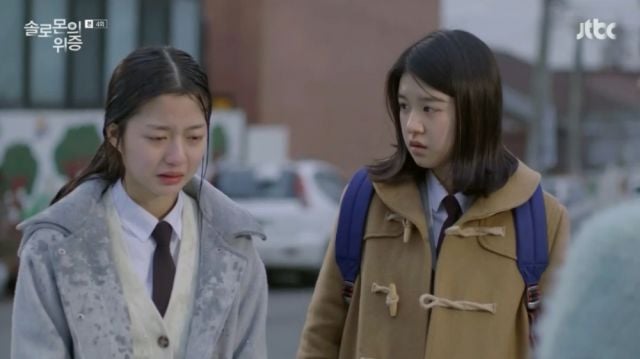 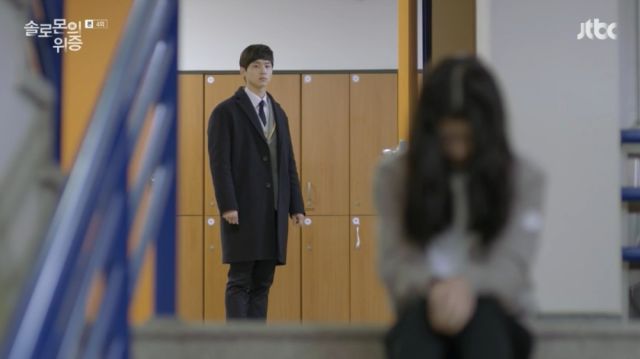 One person whose thoughts and feelings we know little about is Ji-hoon (Jang Dong-yoon) and this seems intentional. I love and fear his character. He shows kindness in profound ways, but whether that is pure or a part of his manipulative behavior to keep the trial going is still unknown. I find his playful argument with So-woo (Seo Young-joo) during the hospital scene very foreboding and So-woo's expressions toward him in the latest flashbacks are suspicious. We also do not know what kind of crimes his father may have committed that the boy knows of.

At times it feels as if Ji-hoon is trying to stage a trial in order to escape accusations. On the other hand, it makes no sense that he would encourage Seo-yeon (Kim Hyun-soo) when the case was conveniently ruled as a suicide. I do feel uncomfortable with how much the group trusts him, however. Seo-yeon needs all the help she can get, but making trial plans in the same room as the person tasked with overturning the outcome you must work toward is dangerous and so is using school grounds. 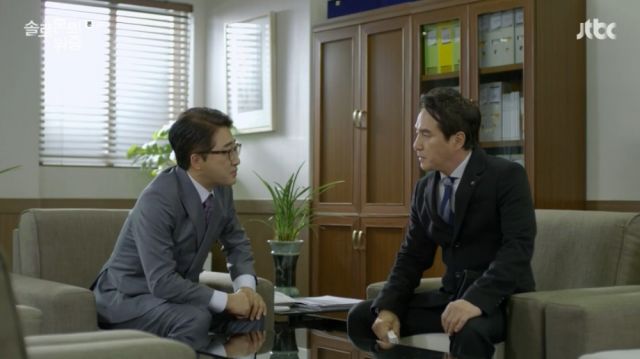 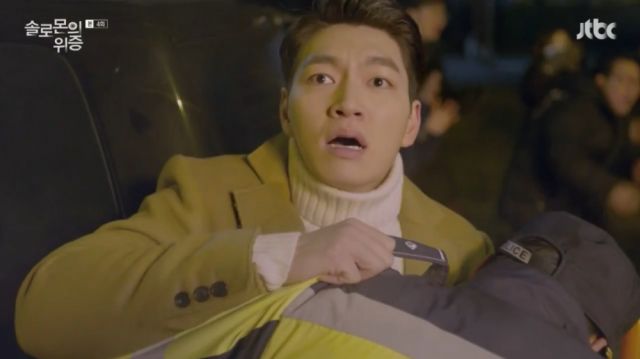 Joo-ri (Shin Se-hwi) and Woo-hyeok (Baek Chul-min) are a mystery as well. Woo-hyeok is clearly shaken by his grandmother's death, but also Seo-yeon's reaction to Joo-ri's mother. He could be doing this because he does not want to further endanger his family, because he is guilty or because he thinks he may be and sees the prosecutor as weak. If he and his friend were really drunk, his memories are unreliable and doubt is possible.

The people involved are piling up and So-woo's brother, Lee Tae-woo (Yeo Hoe-hyun) seems to have proof that this was not a suicide. The envelope appears to have tickets or maybe something else proving So-woo was making plans. Tae-woo is a suspect for the arson, of course and a new variable to consider for the trial. I am highly anticipating next week's episodes.